SRC: Scottish shop vacancies spike by a quarter since Q2 2020 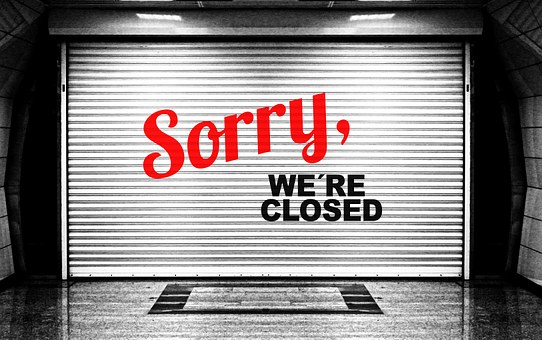 Scottish shop vacancies have risen by a quarter since the second quarter of 2020, according to the latest Scottish Retail Consortium (SRC)-Local Data Company (LDC) Vacancy Monitor.

The monitor has also revealed that shopping centre vacancies increased to 21.5% from the 20.1% reported in the first quarter of 2021.

David Lonsdale, director, SRC, said: “Scotland’s shop vacancy rate escalated further in the second quarter, with almost one in every six retail premises now lying empty. The vacancy rate stood at a new six-year high, up by a quarter over the past year, and it is far from clear that it has reached its apogee. The deterioration affected all destinations, with shopping centres faring especially poorly and retail parks once again performing relatively better.

“The fallout from the pandemic and government restrictions continues to exert a heavy toll on many of Scotland’s retail destinations. Retailers and shopping destinations are clearly going to have to work even harder to attract custom, through a blend of improvements to service, experience, pricing, and promotions. However, these figures lend urgency to the need for a sharper focus from policy makers too, and for early measures to bring energy and footfall back into our city centres and retail destinations.

“It is encouraging that two big government reports are scheduled to be published soon – on city centre recovery and on a town centres action plan. The measures which result cannot come soon enough, and there is certainly no room for complacency just because Covid restrictions are easing.”

Lucy Stainton, director of LDC, added: “Vacancy across GB high streets, retail parks and shopping centres continued to rise in Q2 2021, however the increase was half that of the same period in 2020, alluding to the fact that, like the pandemic, there is hope that we are over the worst. After an initial flurry of CVAs, closures due to consumer behaviour shifts and cost-cutting exercises, retailers are now starting to dust themselves off with cautious optimism, keeping a close eye on the rapidly changing infection rate and the pace at which vaccinations are taking place; two measures that could seriously de-rail recovery efforts should they not go in the right direction.

“Vacancy now sits at the highest rate ever recorded by the Local Data Company. With appetite for new space increasing but still modest, there will simply never be enough demand to meet the supply. The property market will be forced to think of more creative ways to utilise this space, to avoid exacerbating the already high rates of long-term voids across our retail destinations which are not only unsightly and costly for landlords, but also have a negative impact on surrounding stores.”