Plans by Barclays to convert the B-listed Beco building at its Tradeston site into a new branch and offices have been granted approval.

The bank submitted a planning application to Glasgow City Council requesting permission earlier this year to change the use of the 19th century building in Kingston Street.

Barclays has previously described the site is “the missing piece of the jigsaw” for the riverside development.

To be jointly delivered with Drum Property Group, the building will feature an event and meeting space, offices, and a lab for “like-minded entrepreneurs” as well as the bank.

The site is currently in a “serious state of disrepair” and has been on the Buildings At Risk register since 2007. 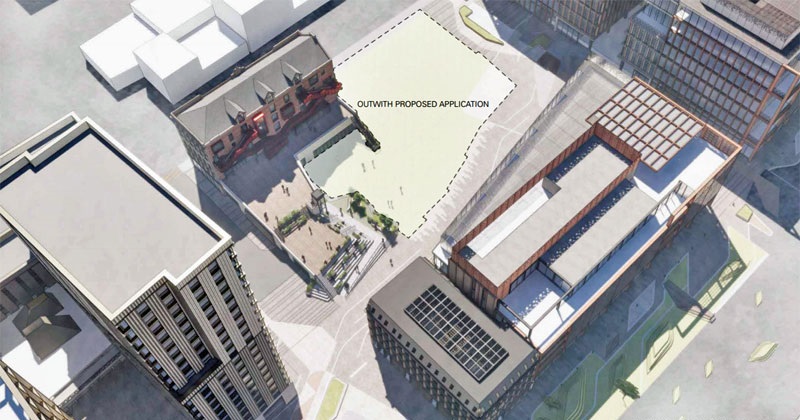 A planning report submitted on behalf of Barclays says the extent of the disrepair although “not unexpected” is “beyond what was originally anticipated.”

The report added: “Since acquiring their Glasgow campus, Barclays has acted quickly to secure as much of the fragmented Beco building titles as possible in order to safeguard the listed building.

“This application has been submitted to facilitate Barclays full occupation of the Beco building and its integration into their Glasgow campus.”

The application also said that the development will be highly accessible to those within working and living within the development while also providing banking facilities for the wider community.

A design statement included with the planning application: “These proposals complete Barclays Glasgow Campus, which together with separate office and residential buildings delivered by Drum Property Group, involve a major redevelopment of three city centre blocks that have lain undeveloped for over 20 years.

“Barclays masterplan is being jointly delivered with Drum Property Group with six out of the eight buildings and the majority of the public realm and landscape works forming Barclays’s Glasgow Campus.

“The Beco Building (and its curtilage) is the only building on these three city blocks that falls outwith the original masterplan site. It is therefore ‘the missing piece of the jigsaw’, in terms of completing a coherent world-class urban campus.

“The ultimate proposal for the building is to house a Barclays’ Eagle Lab and branch in the lower floors with flexible and creative workspace for Barclays at upper levels.” 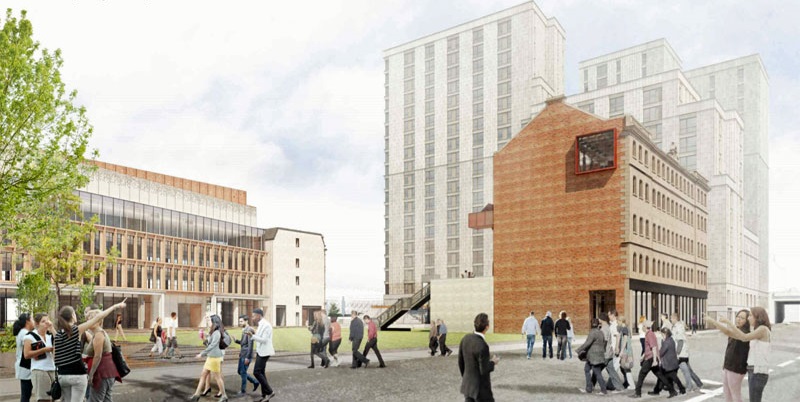 The statement continued: “Our approach from the beginning, supported through pre-application discussions with the planning department and Historic Environment Scotland, has been to broadly maintain the existing principles of use and historic character of the building, with a sensitive adaptation and refurbishment and some exciting and unashamedly new interventions to the rear, that enable the building to be brought back to life and engage it fully with the wider campus.”

“Barclays’ Campus Glasgow, which forms the major component of the previously named Buchanan Wharf Masterplan, was designed from the outset in the hope that the Beco Building would be acquired and able to be renovated/redeveloped at some point.

“We have begun to peel back the existing layers of the ground floor facade and reveal what exists beneath, so far purely as a desktop exercise, but believe we may be in a position to restore more of the existing detailing and elaborate structure than initially anticipated.”