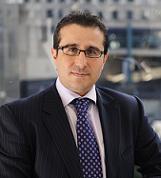 Paul Dounis and Matthew Haw of RSM Restructuring Advisory LLP, the joint administrators of Jablite Limited and Styropack (UK) Limited have saved 155 jobs in Aberdeen after completing a prepack sale of the business and assets of both companies.

The two companies were sold to a new group jointly owned by two former directors of the Jablite Limited and Styropack (UK) Limited Group and BEWi Synbra Group.

The sale of the businesses, both of which manufacture expanded polystyrene products, has secured the continued employment of all 155 staff across its five sites in England and Scotland.

Both companies, which operate out of Aberdeen, Blackburn, Howden (Yorkshire), Ford (West Sussex) and Belvedere (South-East London), were adversely impacted by coronavirus.

RSM was instructed to find a buyer when the Group’s directors concluded that they would be unable to trade through the financial and operational impact of the UK lockdown.

Paul Dounis of RSM Restructuring Advisory, Scotland, said: “Following a competitive sales process which attracted multiple bids, we’re pleased to have secured the ongoing and future operations of both companies.

“It is equally pleasing to have secured the jobs of some 155 staff. This is a particularly positive outcome for the employees considering the challenging and uncertain market conditions brought on by COVID-19.”