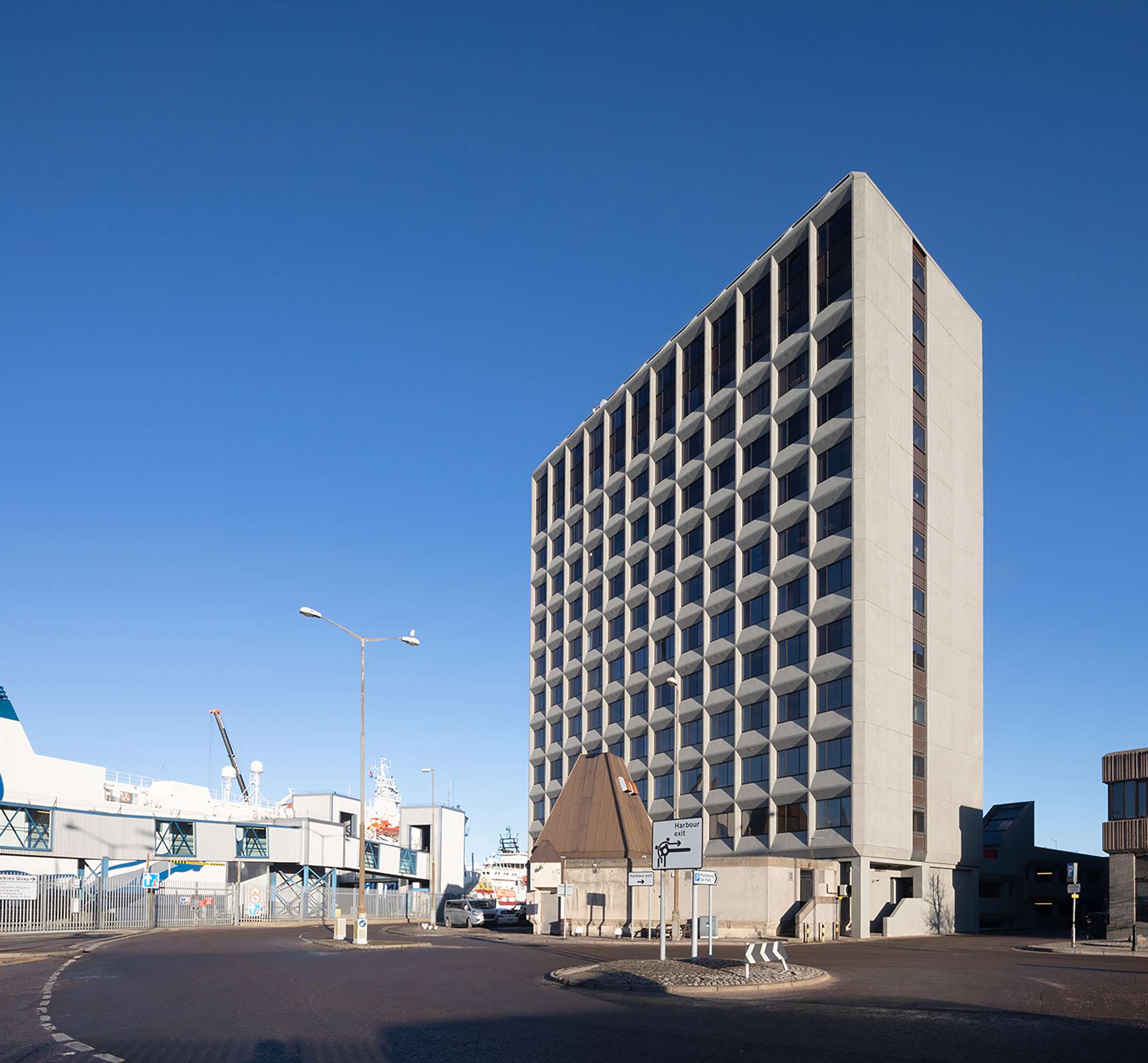 Union Point, a well-known Aberdeen office building that was auctioned off for just £25,000 following the oil price downturn of 2016, is set to be fully occupied this year, after a remarkable turnaround in its fortunes.

Union Point, formerly known as Salvesen Tower, has undergone a major transformation and is now 95% let under its current owner, Standard Real Estate (Union Point) Ltd. Three years ago, the building was almost empty and in 2018 it was put on the auction block for just 0.4% of the £5 million it had previously been worth.

The office tower – which is being marketed to let by Knight Frank and FG Burnett – has been refurbished, re-branded, and re-launched to the market, offering modern space on flexible terms to occupiers whether they are sole traders or an organisation requiring from 150 sq. ft. to 3,600 sq. ft.

Standard Real Estate has invested significantly in the building and provides bespoke fit-outs and lease terms ranging from six months to five years. The adjoining former pub, the Quarterdeck Bar and Diner, is also being converted into a new business lounge and café, with work expected to be completed in the next few weeks.

Occupying a prominent location at Blaikie’s Quay and offering some of the best views in Aberdeen over the city’s harbour, Union Point features a broad range of tenants, including HMRC, the DVLA, and several shipping companies, among others.

Hamish Munro, director at Standard Real Estate, said: “Having been actively involved in the Aberdeen office market for in excess of 15 years, we understand it is different to other Scottish office locations. With the acquisition of Union Point, it was our intention to create affordable quality space on flexible lease terms for the local market, learning from our experience of similar in other locations.

“Whilst the pandemic has been a setback it is now very rewarding to see the space filled with vibrant and enthusiastic local and national businesses and we have greatly enjoyed meeting with them all to create space to suit their needs wherever possible.

“We are now looking forward to working with Matt at Knight Frank and his joint agents at FG Burnett on the next project at Merchant Exchange, where we hope to provide more local businesses with quality office space, offering suites from 500 sq. ft. to 3,000 sq. ft. and any combination up to 16,000 sq. ft.”

Matt Park, partner at Knight Frank Aberdeen, added: “Standard Real Estate has done a fantastic job with Union Point over the past few years. The team have been very flexible and hands-on with its approach to the building, proactively working with tenants to make sure they get what they need from their space. Tenants can have a fit-out commissioned and be in their office in as little as a week.

“It may have taken three years to get to the point where the building is nearly full, but a lot of that can be put down to the pandemic and the uncertainty it caused for a lot of occupiers. But, as more occupiers in Aberdeen return to the office and look for flexible, quality space, we expect to see more demand come back to the market and already have interest in the remaining space at Union Point.”