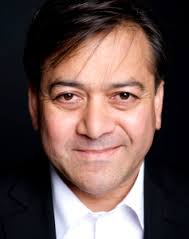 With HMRC set to crackdown on tax owed through controversial loan schemes, ACCA is urging contractors and self-employed workers enrolled to seek financial advice from a chartered certified accountant.

It stems from government legislation in 2016, which applied a tax charge on outstanding balances – where employees had benefited from the lower tax rates applied under loan advances, instead of being paid salaries.

The schemes first arose in 1999, following a change in legislation on the way contractors were taxed. In 2010, HMRC issued a notice on such schemes advising they would fail, and three years later revealed it would conduct an investigation into the tax affairs of loan schemes users.

From April 5, the charge levied on loan scheme users comes into force. Those yet to have paid on outstanding loans dating back to 1999 could be facing a hefty tax bill. On average, the tax at stake is £13,000 per person – a figure based on extremes.

Examples of those using this practice were highly-paid contractors redirecting personal income through trusts based abroad, and significantly, a large number of contractors working in the a variety of sectors including healthcare.

If the loan was repaid within the tax year, then it is ignored for tax purposes. It has also been widely reported HMRC is now issuing settlement offers in some cases, allowing users to avoid the loan charge.

Chas Roy-Chowdhury, head of taxation at ACCA, said: ‘ACCA urges anybody who used a loan scheme, or even thinks they may have been enrolled on one, to seek advice from a chartered certified accountant.

“It is important to check if you are still enrolled, as HMRC will only offer you help if you are no longer using loan schemes.

“HMRC has revealed that settlement do not necessarily need to be paid in one go. Payment arrangements are available. Those with a taxable income of less than £50,000 in the 2018/19 tax year is less than £50,000 won’t have to provide detailed supporting information about income and assets, and can spread payments over five years.

Mr Roy-Chowdhury says the number and variety of taxpayers involved is quite considerable, and that over the last 20 years differences in each scheme have arisen.

He said: ‘It is impossible to generalise, and we are witnessing what is becoming an irreparable situation.

“Some employees were doubtlessly fully aware of the scheme, relying on the fact this was a loan which would never be repaid. Others rightly or wrongly relied on reassurances the scheme was legal and effective.

“HMRC were very slow to publically condemn these schemes, and to pursue taxpayers, even those where enquiries were opened into their affairs.

“The schemes relied upon having terms which would have allowed the balance to be repaid, and maybe even on certain conditions being met. Whatever the intentions of the parties, the legal words said that the advance of the funds was a loan.”