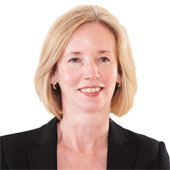 The head of public spending watchdog Audit Scotland has spoken out about the “sexist and inappropriate” behaviour that she and her team have been subject to when presenting their findings to boards.

Speaking ahead of International Women’s Day on Friday, Caroline Gardner, 55, who has been auditor-general since 2012 and played a leading role in the scrutiny of public sector spending for more than 20 years and monitors councils, health boards, the police and other government-funded organisations, says some of her female staff have been “patronised” by senior public sector figures.

The role of auditors to pursue probing lines of questions and sometimes persists to find out the answers, often puts them on a collision course with public sector bosses, but while Ms Gardner says her staff treat people with respect while doing so, she feels that “it should be a two-way street”.

“The people we audit often are defensive about what we are saying and for women, particularly young women auditors, that can take quite particular forms,” she said.

Ms Gardner explained: “Members of staff have had sexist and inappropriate things said to them and we have had to respond to that. Our auditors will go along to the audit committees of public bodies regularly and they are often presenting the results of their audit work to non-executive directors and often giving them news which they will not perceive as good, particularly in the climate of targets and pressures…”

“We have had older board members saying ‘I do not see why I should take lessons from a wee girl like you’”, Ms Gardner said.

Asked how public bodies responded when contacted by Audit Scotland about such comments, she said: “They tend to be a bit taken aback and then apologetic; people take it more seriously since the #MeToo movement.”

Ms Gardner disclosed how she found herself personally on the receiving end of condescending behaviour little more than two years ago when she introduced herself to a professor of economics at a conference about Scotland’s new financial powers. “He looked at me and said ‘That’s a big job’,” she said, adding how shocked she was that his immediate reaction was as if she had been “wearing pigtails and bobby (ankle) socks”.

Speaking as the first female auditor-general in Scotland, Ms Gardner said that the environment for women working in financial audit had improved, and that “it is less acceptable for people to make sexist remarks”. She also acknowledged that “The low level of sexual harassment we grew up with is recognised as being unacceptable.”

However, while she recognised that women now feel more empowered to call out inappropriate behaviour, there had also been a backlash to this, she said.

And she stressed that women in the financial sector still have to work harder to build credibility. “Like a lot of women I have had that experience of saying something myself and five minutes later have a man say the same thing and have someone else reply — ‘what a great idea’. I think all women have had that,” she said.

Ms Gardner added that everyone had responsibility “to call out the man who takes credit for someone else’s idea” and to ensure that during meetings the people present, including younger women, have the chance to speak.

Bruce Cartwright, chief executive of the Institute of Chartered Accountants of Scotland, said: “While great strides have been made to open up the profession, far more can be done to support gender diversity [and] social inclusion.”