Brewin Dolphin: ‘Pensions puzzle Scots, but they’re the most realistic in the UK about retirement’ 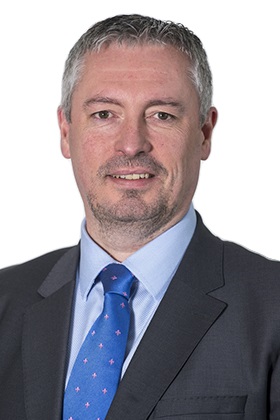 Nearly four in ten people in Scotland (38 per cent) don’t know what they will do with their pension pots when they retire and there is widespread uncertainty over plans for later life, according to Brewin Dolphin’s latest Family Wealth Report.

The research, which looks at the opportunities for people to make the most of their money, found many Scots were unsure about their retirement plans – yet, only around half had already sought professional financial advice or planned to do so.

Of those surveyed for the report, 47 per cent said they had not taken advice about their pensions and had no intention to in the future– around a fifth (22 per cent) had already taken guidance and another 31 per cent said they planned to further down the line.

Those numbers were broadly consistent when it came to seeking other forms of financial advice. More than half (52 per cent) of Scots said they had taken no advice on retirement and didn’t intend to, 30 per cent planned to take advice, and 18 per cent had already done so. On inheritance issues, 55 per cent had no plans to take advice, 28 per cent would do so in the future, and 17 per cent had taken advice.

Douglas Cameron, senior financial planner at Brewin Dolphin Scotland, said: “These findings are startling – it’s worrying that so many people are completely in the dark when it comes to their pensions. Yet, our research suggests only half of Scots have taken, or intend to seek out, the valuable advice which could help them take steps towards a more comfortable later life and pass on their wealth to their families in the most efficient way possible.”

The average age at which Scots want to retire is 62.5 years, but they believe they will actually be able to retire at 67.3 years – a 4.8-year gap, the second lowest in the country after the North West of England. One-fifth of Scots (20 per cent) said they don’t think they’ll ever have enough money to retire and another 20 per cent said they didn’t know when they would be able to retire.

On average, Scots who had an idea of the pension pot they will need to fund a comfortable retirement put the figure at £289,359 – but they realistically expect to have £198,382. The gap between the two figures was the second lowest in the UK, this time behind only the North East of England. They also said they would need an average annual income of £33,815 to have a comfortable retirement – the lowest figure in the UK.

The 38 per cent of Scots who didn’t know what they were going to do with their pension pots was the third highest of any region in the UK, while 17 per cent said they would withdraw some of it as a lump sum when they retire. Despite their waning popularity, 12 per cent said they intended to purchase an annuity – the second highest in the UK – while another 14 per cent expect to only have a state pension.

Douglas Cameron added: “After a state pension of £8,546 per year, if Scots are going to match their average target income for a comfortable retirement, they need to find another £25,269 – that’s no mean feat. Purchasing an annuity to produce that would require a pension pot of more than over £505,000, well beyond the average £198,382 people in Scotland expect to have when they reach retirement. Although we are among the most realistic people in the UK when it comes to our expectations for later life, there is still a gap to be bridged – or expectations need to be lowered.”