Highland-based Caley Timber and Building Supplies has laid the foundations for further success and guaranteed the future of more than 20 jobs with a switch to employee ownership. 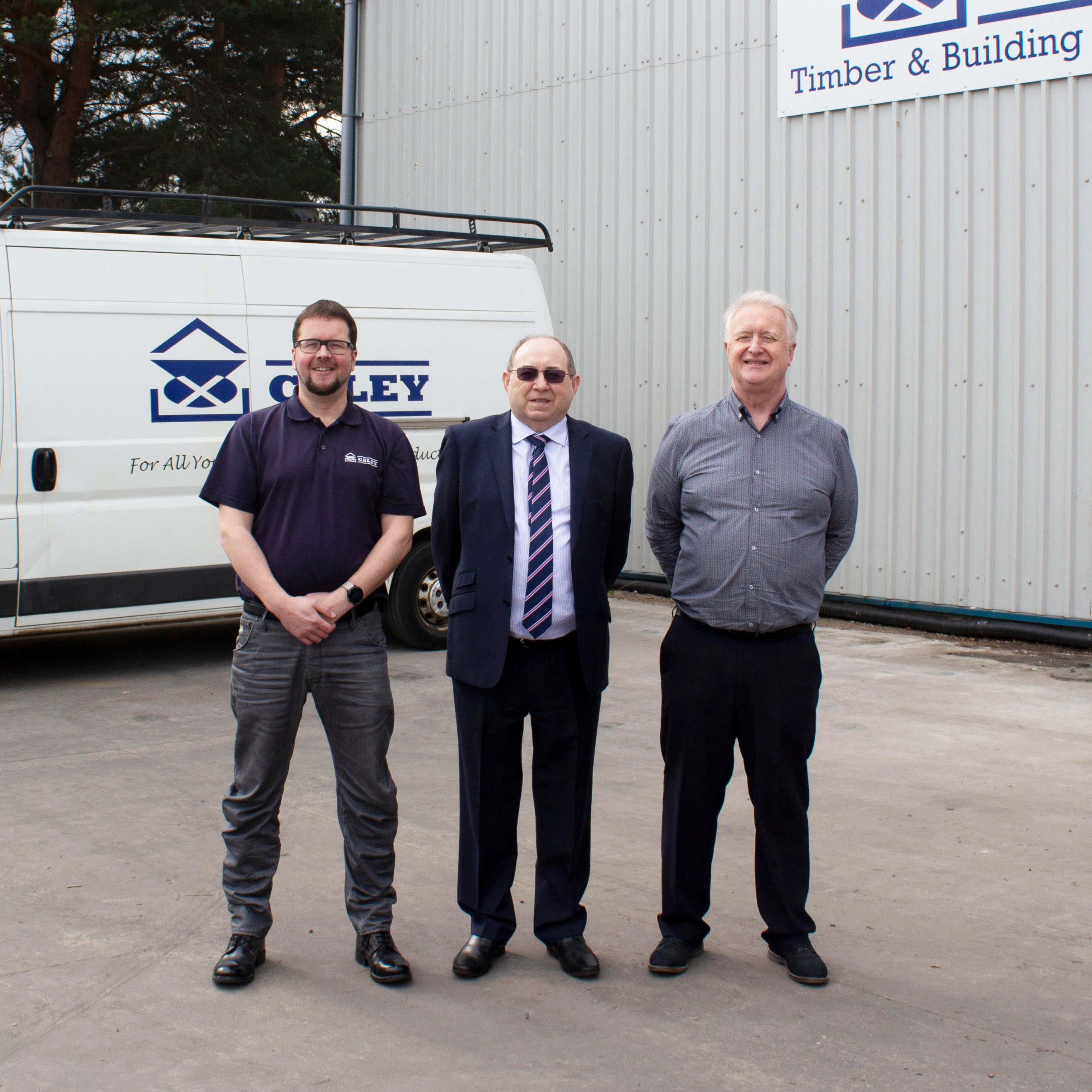 Caley Timber and Building Supplies was established by Donald John Morrison in 2003, and with depots in Inverness and Uist has become one of the most trusted and respected building industry suppliers in the Highlands and Islands.

Now with Mr Morrison opting for retirement, he has rejected an open sale of the business, which would have undoubtedly achieved a higher-value price, and with his wife and co-owner Jennifer Morrison decided in favour of entering into an Employee Ownership Trust (EOT).

The move means there will be no disruption to normal business, and that the company will be placed under the stewardship of its 24 staff, with Ewan Urquhart, who has been with the company since its inception, promoted to the Board as Director. Alistair Sim remains a Director and will assume more responsibilities as Donald John reduces his time with the company.

Owners Donald John and Jennifer Morrison cited several reasons for choosing the EOT route in favour of a traditional sale and described the process as “seamless”.

Mr Morrison said: “An EOT was a less intrusive option and we did not have to share sensitive information with prospective purchasers, the timing has been controlled to suit the business, and it also avoided the risk of unsettling our staff who may have picked up that the business was for sale.

“We value the relationships we have built with our customers, their loyalty and support are what’s made Caley Timber the very successful business it has become, and an EOT means business simply continues as is. I am confident our customers will notice absolutely no difference at all to the quality of service.”

The Caley Timber founder also revealed the EOT process removed any “guilt” that he may have experienced by selling to a third-party, and potential uncertainty that would have been introduced to the business. 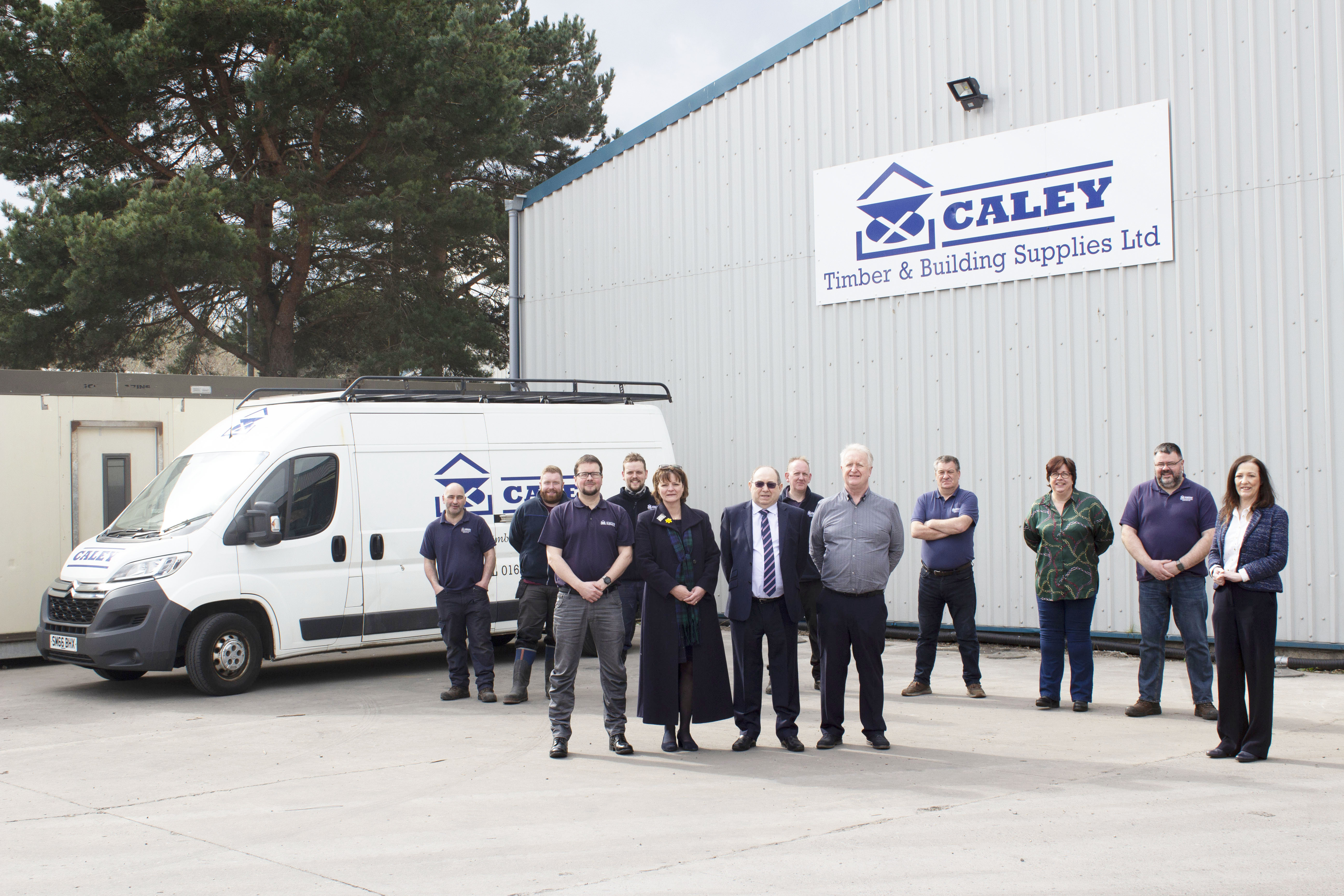 The price was also right. He continued: “It may have been that if we had gone on the open market and a bidding war had ensued that I could have achieved a higher price, but this might not have been in the best interests of the business or its employees going forward.

“I feel that shareholders have received a fair return on their investment, I am confident this is the right choice, and I feel very positive about Caley Timber’s future.”

The idea of the EOT solution was introduced by Donald Forsyth of the firm’s accountants, Saffery Champness. Donald Forsyth commented:  “A sale to an EOT is proving to be a popular option for Highland business owners. Caley Timber is an excellent example of a flourishing company serving the Highlands and Islands and the EOT has secured the future of the business as a locally owned company.” Donald Forsyth joins the Caley Board as Non-Executive Director.

Legal advice was provided by Harper Macleod. Partner Chris Kerr said: “Caley Timber is a great business. It was a privilege to support Donald and the team on this next stage of the company’s journey.”

Carole Leslie of Ownership Associates, who helped to manage the transition project and assisted with employee communication, added: “It is evident that Donald has given some serious thought as to how he wants the business he founded almost 20 years ago to continue to benefit the staff who have worked alongside him to make it a success.

“In choosing a third-party sale Donald could arguably have landed a bigger retirement pay-day but his decision to enter into an EOT was based on more altruistic reasoning, and he assessed this route was the best option for rewarding his colleagues and ensuring a seamless continuity for staff and customers alike.

“News of the transition has been welcomed by staff and Archie McVicar, who manages the firm’s Benbecula site, said: “The news was a surprise, but a good one. Donald John has always done the company proud and we were wondering what would happen when he planned his retirement. This is a very generous gesture by Donald John and Jennifer and good news for us all.”

Donald John Morrison concluded: “The employees embraced the idea wholeheartedly and grasped immediately that this was good news for them. I’m now even more convinced that the move to an EOT is a good one for the Caley team and for our customers, and I believe many businesses in the Highlands would also have taken this route had they been aware of it.”