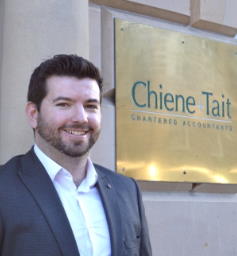 R&D (Research and Development) Tax Relief, introduced in 2000, has made a significant impact encouraging innovative, research-led companies to invest in innovation. The most recent statistics covering the year ending March 2020, show there were nearly 86,000 R&D Tax Credit claims, up 16% from the previous year. This equates to an estimated £7.4 billion of R&D Tax Relief support claimed in the time period, an annual increase of 19%, with these figures forecast to continue to increase significantly in future years.

As the statistics highlight, R&D Tax Relief is driving innovation across the business community and is particularly important to many young start-ups which are focused on finding solutions to key societal challenges. These include businesses seeking to develop enhanced education technology, better healthcare and life sciences solutions, and new ways to tackle climate change to help deliver net zero solutions.

R&D Tax Relief has proven to be an extremely powerful measure incentivising investment into emerging and innovative companies, but it has also become a source for fraudulent claims which HMRC is keen to get to grips with.

Back in 2020 I wrote about how HMRC was taking further steps to combat R&D Tax Relief fraud after it had identified and prevented more than half a billion pounds worth of fraudulent claims to date. These measures followed an announcement by the UK Government that it would re-introduce the PAYE and NIC cap on SME payable credits, a move aimed at preventing fraud within structures set up to claim a tax credit despite there being no evidence of UK-based innovation activity or job creation.

HMRC is now further ramping up its crack-down on fraudulent R&D Tax Relief claims with additional measures. This includes closer scrutiny of claims which has impacted HMRC’s standard processing time, increasing from 28 days to 40 days. For emerging companies with limited financial resources, this could seriously affect cash flow, especially for those that are at pre-revenue stage.

While it is right that any tax rebate scheme needs to be closely monitored, the clamp-down on R&D claims comes as at an already challenging time for many businesses which are seeking to develop unique and innovative technology for the wider benefit of mankind and the planet. This includes a number of university spin-out businesses that are being impacted by post-Brexit changes to the Horizon Europe programme where the future status of UK companies remains unclear.

Another aspect of HMRC’s increased scrutiny includes new restrictions on overseas subcontractor costs, part of its attempt to refocus reliefs towards R&D activity within the UK. Under the new regime, the costs of overseas subcontracted workers will only qualify for relief if they are UK based, and Externally Provided Workers would only be eligible for relief where their earnings are taxed through PAYE.

This seems to be a flawed approach as innovation is rarely confined within national borders. International collaboration, including that which occurs between UK and other global businesses, helps expand innovation and greatly enhances the operating environment for UK-based start-ups.  Restricting tax relief on overseas R&D expenditure could stifle cross-border innovation and weaken the UK’s position as a global leader in this field.

There is, however, no doubt that action from HMRC is needed. Fraud and error within the existing R&D Tax Credit scheme is now costing an estimated £469m, up from £336m the previous year. More than seven per cent of SME R&D Tax Relief claims are believed to be fraudulent, accounting for the lion’s share of the cost to the UK Treasury and HMRC identified a pattern of irregular R&D claims back in April 2022. With this in mind, HMRC has established a threat risk assessment process for all claims and has already put its focus on smaller companies, particularly those developing software, which have claimed less than £50K in tax rebates, an area that HMRC perceive to be high risk to irregularities.

Whether its overall approach will ultimately prove effective in reducing fraud remains to be seen. What is clear is the need for innovative companies to focus on tax strategy planning going forward to mitigate the impact of the new measures being taken to combat R&D Tax Relief fraud.

The legislation is changing as we approach a new era of R&D Tax Relief. It is now vital for innovation-focused companies to take appropriate advice before making a claim to ensure this will surmount any additional scrutiny that will be part of this tougher regime.