Edinburgh-based brewery Vault City has launched two new beers made using real fruit nationwide in Tesco, as the firm revealed that its sales have tripled year-on-year to almost £2 million. 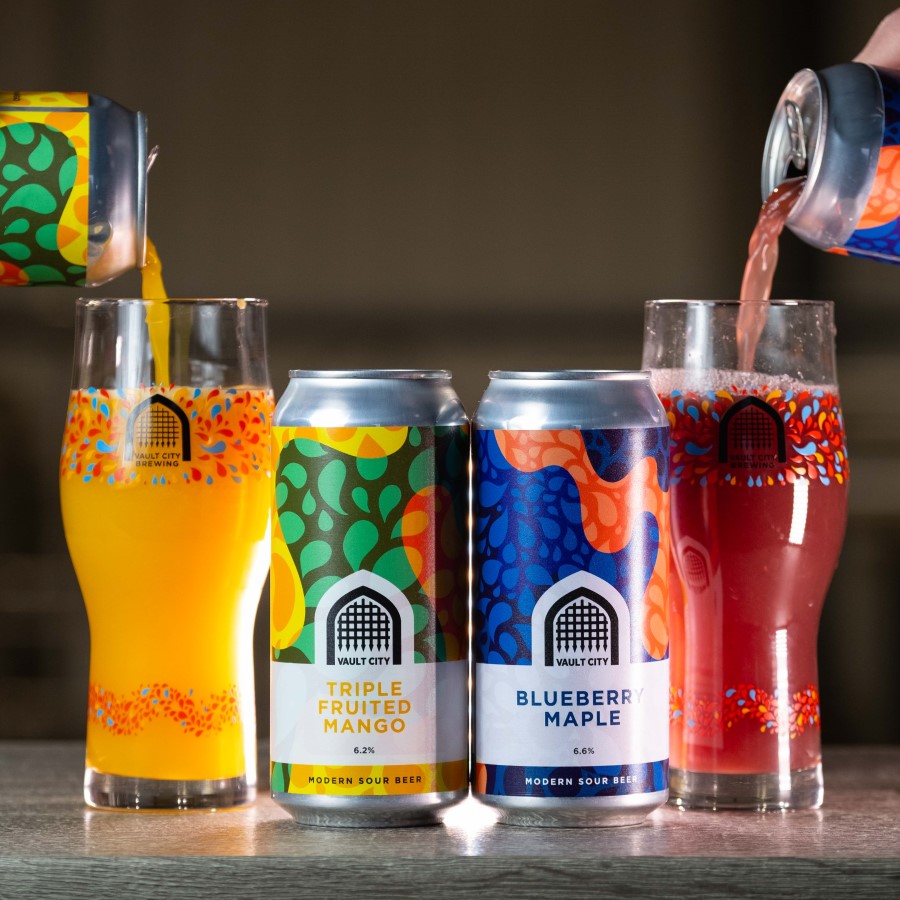 The firm has launched a Blueberry Maple beer and Triple Fruited Mango beer, as customers across the UK increasingly become suckers for sour beer.

Last April, the ‘wizards of craft brewing’ made their nationwide debut by launching two beers on Tesco shelves; one made using tropical fruits and the other made using raspberries.

The beers are exclusive to Tesco and sit outside the company’s usual release schedule which involves a “drop” of three beers every third Sunday – with a green Apple Soor beer, which has been made especially for St Patrick’s Day, and a Guava and Passion Fruit beer among its most recent batch.

Co-founder Steven Smith-Hay, a former IT consultant, said: “When we first launched in Tesco we had no idea what to expect. We spent a long time talking with our community about the decision and we continue to support the independents who helped us find our feet in the craft beer scene.

“We’re focused on making great beer, and the Tesco deal has helped us take huge steps as a brewery. It has introduced lots of people to the world of modern sour beer. We’re taking it to a wider audience, and in doing so we can benefit from economies of scale which will allow us to continue to pay good wages and continue to develop a great brewery.

“Our goal with our Tesco SKUs is to make them as accessible as possible – to create something light and refreshing for people who were potentially trying Vault City and sour beer for the first time ever. I hope these beers continue to start a good few people on their craft beer journey, eventually driving people towards bottle shops, bars and local breweries.”

The impressive growth of Vault City since it was founded in January 2018 has seen revenues grow from just shy of £94,000 in December 2019 to in excess of £1.8m in December last year – with gross profits in excess of £804,000. When costs are taken into account, the burgeoning company is still recording a net profit well into six figures. Since a well-publicised shift to a four-day working week, revenues for 2022 are up 168% YOY, with net profits up 38%.

Steven Smith-Hay added: “We are delighted with the growth of the business but building new breweries and paying good wages doesn’t come cheap. After taking on our new unit, brew kit, wages for folks and a list literally as long as my arm, our operating costs are eye-watering.

“However, the increase in productivity and profit since the shift to a four-day week has been marked, and we hope this and the continuing rise in popularity of sour beer will keep us on this upward trajectory – it’s an exciting time!”

Despite high operating costs, the bootstrapped business continues to be self-funded.

Mr Smith-Hay continued: “We don’t have any angel investors or family bankrolling us. We’ve had multiple offers of capital for a stake in the business, and I simply don’t want to take any offer.

“We’re committed to going about things our own way, on our own terms, making great beer and enjoying doing it. We don’t want investors looking at how we can ‘sharpen the pencil’ and ‘improve the bottom line’ – we want to continue to operate restriction-free, exploring Modern Sour Beer and taking it to as many people as we can.

“I’m hoping that Vault City will be around for decades, and our partnership with Tesco goes a long way to ensure that’s the case.”

Vault City recently announced its 15-strong team across its brewery in Portobello, bottle shop and taproom in Haymarket had permanently moved to a four-day work week.