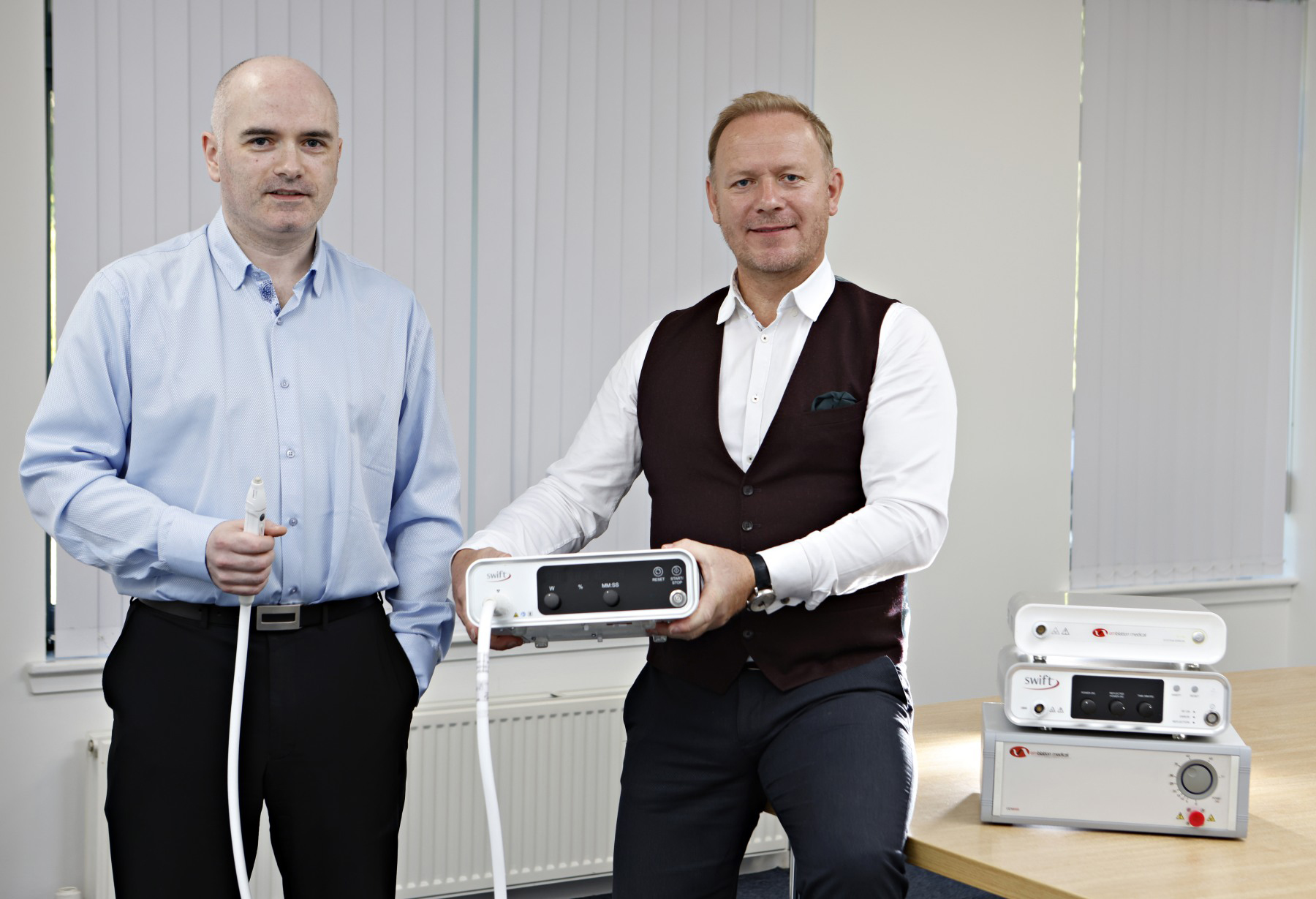 Already a success across the UK, USA, Canada and Australia, Emblation is launching its Swift® device – which uses microwave technology to treat common podiatry problems – into German and Austrian clinics.

The move is part of an ambitious growth strategy underpinned by an eight-figure investment and will see Emblation expand rapidly across the continent, with the German launch seen as the key to unlock that growth.

Gary Beale, co-founder and CEO of the Scotland-based health tech firm said his team were delighted to be working with respected, Munich-based Medaesthetis GmbH, a specialist in medical devices across Aesthetics, Dermatology, Ophthalmology and Orthopaedics.

He added: “Up until now we have been planning our presence in mainland Europe and our recent investment was all about changing that, so we are extremely pleased to be making such rapid progress.

“Working with a distributor of the quality and reputation of Medaesthetis is the perfect launchpad. We’ve been impressed with every aspect of how they operate their business and the team’s knowledge, passion and, most importantly of all, encyclopaedic knowledge of our target sectors.”

Emblation’s Swift device enables medical professionals to resolve persistent common and plantar warts (verrucae) with a simple microwave treatment and has won widespread praise and recognition within both the medical and technology arena.

The firm is also growing its research and development capability to build on promising early results which could result in breakthroughs in the treatment of skin cancers and pre-cancers as well.

Dermatologists are also eager to see Swift rolled out for treatment of a wider range of skin conditions, including pre-cancerous skin lesions where initial studies have shown excellent outcomes.

Hardy Weiss, 38, head of sales and marketing with Medaesthetis, commented: “In the field of medical devices, the term innovation is often over inflated. With Emblation’s Swift microwave technology, doctors and patients in Germany and Austria will now have access to a real and genuine innovation.

“The repeatability of treating benign skin lesions in only a few seconds will deliver predictable outcomes with a high safety profile.”

Mr Weiss added: “After the successful launch in the USA, UK, Canada and Australia with more than 200,000 successful treatments of verrucae and warts, we are pleased to introduce this technology for the mutual benefit of users and patients in Germany and Austria.”

Gary Beale said Emblation is now preparing for a series of exciting developments in Germany, which will become the centre of its European growth with expansion in the firm’s support team and fulfilment operation.

He added: “This is just the start. The German presence is absolutely essential for us in accessing the surrounding countries in the EU.”

Major new distribution deals, clinical partnerships and other opportunities are going to plan across Benelux, France, Switzerland and Greece as well as further afield including Israel and UAE.