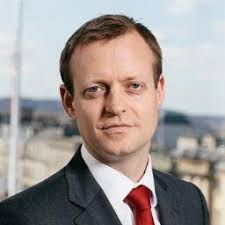 Despite having the largest listing of the year in the final quarter, UK IPO activity in 2018 fell as companies weighed up Brexit uncertainty, according to EY’s latest IPO Eye report.

Aston Martin was the largest IPO to list last year, raising £1.1bn of capital and three of the top four IPOs by capital raised in 2018 were backed by private equity. This was followed by Smithson Investment Trust which raised £823m, the largest proceeds ever raised by a fund in London. 2018 also saw twenty-one international companies list in London raising £3.2bn - demonstrating it remains an important market for international companies, with more international IPOs than all other major European exchanges combined.

The post-IPO performance in Q4 of those listing has been steady. First-day returns on Main Market stock were on average 7 per cent above offer price, and at the year-end 43 out of 79 companies which listed in the year were trading above their offer price.

Mike Timmins, EY’s IPO Leader in Scotland, said: “While 2018 witnessed a fall in IPO activity, the UK market showed resilience to volatility and geo-political uncertainty by remaining open with listings still going through in December. Consequently, the final quarter produced a stronger finish to the year than previously expected with the highest number of Main Market listings in four years which could be an indication that issuers had brought forward IPOs from 2019.  This was a welcome conclusion to the year but not indicative of an uptick in the market in early 2019.

“We expect Q1 2019 to be more subdued than normal as companies await the outcome of Brexit negotiations meaning activity is likely to be weighted towards the second half of the year. Activity may be further tempered by the slowdown in Global growth that is beginning to impact markets and the wider economic outlook for 2019. We also expect pricing pressure to increase as cautious investors look to drive a hard bargain so issuers will need to have robust equity stories and be well prepared to enable them to transact.

“As ever, the right business with a robust equity story which is well-prepared for IPO is always predicted to perform well at IPO. More will be known about the possible impact of Brexit on businesses during the first quarter of this year, and from that point we would hope to see an increase in IPO activity in the UK.”