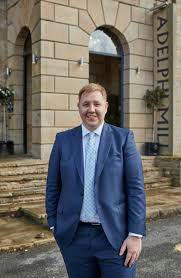 One in five UK investors is considering debt investment amidst low interest rates and Brexit uncertainty, according to new research from FJP Investment.

The company commissioned an independent survey of more than 950 UK-based investors.

It found that while 9 per cent of them currently hold some form of debt investment, 20 per cent are considering this investment type within the 2019/20 financial year – this figure rises to 34 per cent among investors aged under 35.

More than a third (36 per cent) of investors said the low 0.75 per cent base interest rate makes debt investment an attractive option for the money they currently have in savings. Furthermore, 44 per cent said debt investments appeal to them as they can provide short-and medium-term returns at a time when they are reluctant to make long-term investments due to the political and economic uncertainty caused by Brexit.

However, FJP Investment’s research revealed that investors’ main concern regarding debt investments is the ability of the borrower to repay the loan. Two thirds (67 per cent) of respondents said they are wary about this type of investment because of fears the recipient of the capital would default on their repayments.

Conversely, the survey found that in three in ten (30 per cent) investors believe the great strength of debt investments lies in the fact they deliver regular, pre-defined returns. Meanwhile, 35 per cent said they think debt investments are simpler than other asset classes because there are no complicated exit strategies to contend with.

Elsewhere the study illustrated the positive impact debt investment can have in providing much-needed capital to individuals or organisations that are unable to access it from institutional lenders. Two fifths (40 per cent) of UK investors said they consider debt investment a good means of supporting others to achieve specific financial goals.

Jamie Johnson, CEO and founder of FJP Investment, said: “Debt investment has become more popular over recent years, yet many investors remain wary of it. Such concerns are perpetuated by investment providers not conducting thorough due diligence of potential borrowers to ensure the risk of defaulting is as low as possible.

“Debt investment presents many benefits, particularly amidst low interest rates and Brexit uncertainty, as our research shows. It can provide regular returns over several years, which will attract those keen to make their money work harder without committing to long-term investments.

“At the same time, debt investment – and specifically peer-to-peer lending – is playing an important role in decentralising and democratising the loan market. It is enabling organisations to access capital from new sources if traditional lenders are not available or appropriate for them.”