Grant Thornton has launched a new charity partnership in Scotland in a bid to help tackle a condition dubbed ‘Scotland’s silent killer’.

The leading business and financial advisor is aiming to raise thousands for the charity Sepsis Research (FEAT) through fundraising drives and employee-led initiatives. 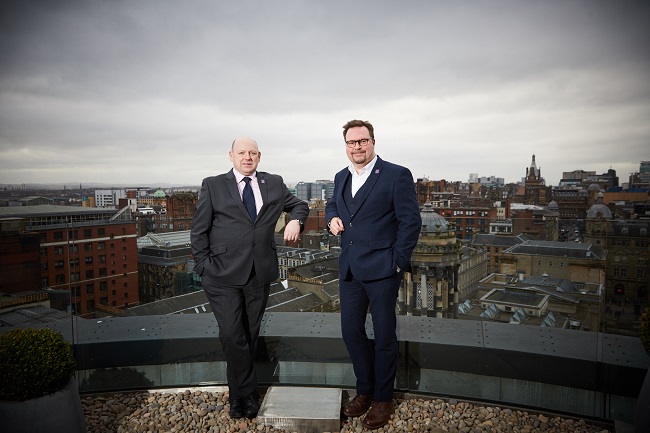 Sepsis Research (FEAT) was launched in 2013 and named after Dr. Fiona Agnew – who died, alongside her unborn daughter – when she was thirty-five weeks pregnant. Fiona lost her battle, despite prompt diagnosis and extensive treatment.

Her husband, Craig Stobo, who is a director at Grant Thornton in Scotland, also contracted the contagious infection, but survived. He went on to launch the charity in a bid to raise greater awareness and support attempts to find more effective treatments.

Sepsis affects more than 3,500 people in Scotland every year. Across the UK, the figure is 44,000 – more than lung, breast and prostate cancer combined. Thanks to efforts from FEAT, the Scottish Government has provided financial support to awareness campaigns, but campaigners warn that much more needs to make people aware of the early warning signs and treatment options currently available.

Craig Stobo said: “I founded Sepsis Research (FEAT) in memory of Fi and our unborn daughter Isla, and I’m currently Chair of the Board of Trustees. We receive no public funding and rely on significant practical and financial support from individual donors to allow us to raise awareness through a network of advocates in the community, and through funding research into the early detection of the condition, its treatment, and also to raise awareness about sepsis more generally.

“I’m delighted that my colleagues at Grant Thornton in Scotland have stepped forward to help us achieve our ambitions. Ultimately, we want every person in the country to understand Sepsis, and know what they need to do if they spot the early warning signs. It’s also crucial that we provided greater financial support to medical experts, to find more effective treatment options. Every penny counts, and the help we receive from Grant Thornton could make a huge difference to the lives of people throughout Scotland.”

Andrew Howie, managing partner at Grant Thornton in Scotland, said: “Over the last decade, the team at Grant Thornton in Scotland has raised thousands of pounds for good causes, including Shelter, Maggie’s and SAMH. It’s part of our commitment to ensure that we’re giving back to the wider community as much as possible, and doing our part to create a more sustainable, vibrant Scotland.

“We’re incredibly proud to name Sepsis Research (FEAT) as our new charity partner. When we discussed who to work with next, FEAT was named a number of times, because of its great work, but also because of the number of people in our team who have been directly or indirectly affected by Sepsis. Hopefully, we can play a part – however small – in helping to find long-term solutions and greater awareness of the condition.”

Colin Graham, chief operating officer at Sepsis Research (FEAT), added: “Sepsis Research is delighted to have Grant Thornton as their charity corporate partner for the next two years. The partnerships will see Grant Thornton staff become volunteer advocates helping spread awareness of the signs and symptoms of sepsis. It is hoped that the partnership will raise £25,000 per year to help fund medical advancements into sepsis.  We are very grateful Grant Thornton have chosen to support this area of our work.”