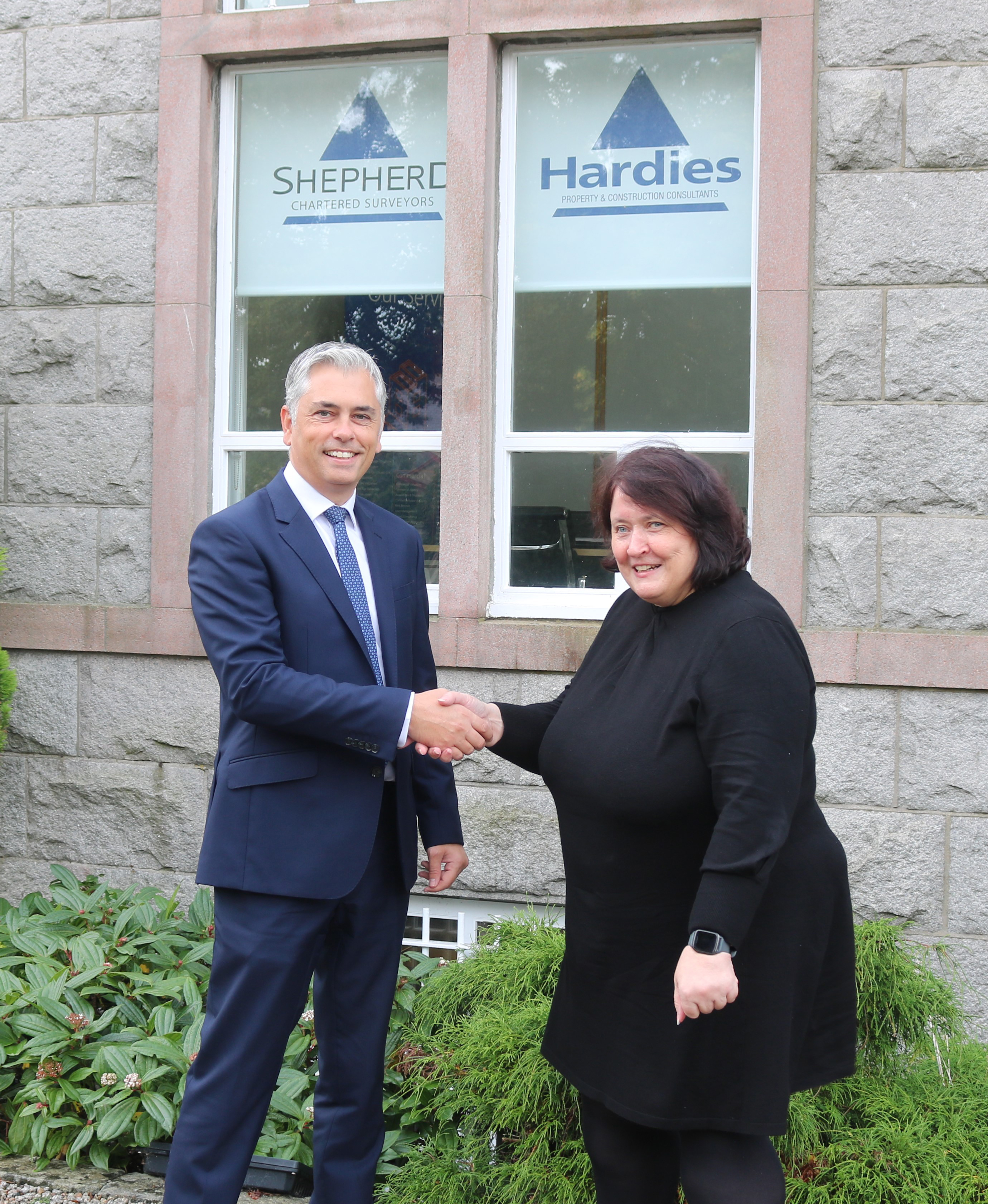 A strategic move, the acquisition bolsters Hardies’ service offering in the northeast, where it did not have a QS department.

Founded in 1885, BDG Thomson Gray is one of the oldest quantity surveying practices in Scotland, specialising in Quantity Surveying, Project Management, Principal Designer and Dispute Resolution.

The acquisition sees BDG Thomson Gray owner Shirley Thomson become a partner in Hardies with responsibility for running its Quantity Surveying department in Aberdeen. She will also head its Dispute Resolution department. Ms Thomson is appointed to the RICS Chairman’s panel of Adjudicators.

Commenting on the acquisition, Hardies’ senior partner, Danny McArthur, said: “We have witnessed continued growth in our Aberdeen office over recent years. This deal strengthens our position in the northeast of Scotland and provides additional local support to our and BDG Thomson Gray’s clients.

“Shirley coming on board significantly increases our service offering in Dispute Services which was an area identified in our growth plan. A well-known figure in the Aberdeen area, we are delighted to have Shirley join our team.”

Ms Thomson added: “What appealed about this deal is that Hardies share our thinking in terms of the quality of service we deliver and how we look after and develop our staff. We regard this deal as a tremendous opportunity that enables us to expand the range of projects we can undertake for existing and new clients.”

The acquisition follows Hardies’ announcement earlier this year of an ambitious expansion strategy that has seen it open three new offices across the UK. The new offices in Belfast, Leeds, and London, which take its office network to 13 locations, formed the first phase of a development strategy executed on the back of a series of major successful project wins across the UK and Ireland over recent years.