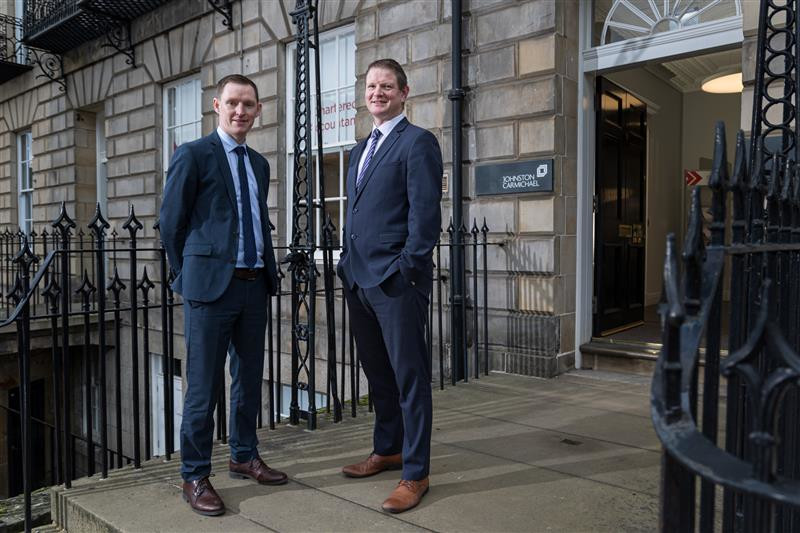 Business advisory and accountancy firm Johnston Carmichael has announced the promotions of 64 people, including the appointment of two partners and a director.

Amongst the partner promotions are James Hamilton and Grant Roger of Johnston Carmichael’s audit team which is experiencing a significant level of new client wins in key sectors, while Emily Young has been promoted to marketing director.

The firm has also announced a new office head in its Stirling office, with business advisory director Craig Clinton stepping up to replace Peter Innes, who has relocated back to his roots in the Highlands with a focus on supporting the firm’s rural clients in Moray and the Highlands.

Johnston Carmichael said its “grow your own” talent strategy is paying off, with current and future leaders among those being promoted.

Mr Hamilton, who is based in Glasgow, joined the firm in 2018. He focuses on the delivery of audits for commercial businesses both in the UK and internationally, working across a variety of sectors, including engineering, manufacturing, retail and distribution.

Mr Roger joined in 2017 following five years in Vancouver where he worked with large corporations and carried out multi-location audits. Based in the firm’s Edinburgh office, his clients span several industries, but he has specialist knowledge of the energy, infrastructure and sustainability sector, as well as the food and drink trade.

Andrew Walker, chief executive of Johnston Carmichael, said: “As a firm we put our people first. We have embraced hybrid working and placed trust in our people to be leaders of their work and their own development.

“We believe that it is this flexible and supportive approach that is helping to develop a pipeline of talent that will lead our business in the years to come.

“These promotions demonstrate the range of skills within Johnston Carmichael and we are pleased to be able to celebrate this news after what has been such a challenging period.”