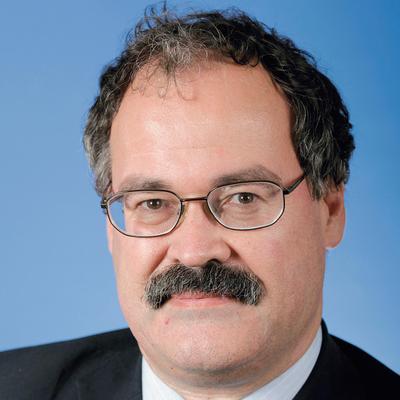 UK Finance reported that mortgage approvals for house prises eased back to back to 42,576 in August from a 29-month high of 43,303 in July, whilst annual net unsecured consumer credit growth edged back to 4.3% in August from 4.4% in July.

EY ITEM Club has highlighted that despite the decrease, mortgage approvals at 42,576 in August were still modestly above the monthly average of 41,759 seen so far this year. They were also above the 38,000-40,000 range that largely held from late-2017 through to early-2019.

The economic forecasting group also said that it is possible that housing market activity may have recently got a modest lift from house buyers looking to get their move sorted out before Brexit is due to occur on 31 October given the major uncertainties as to what exactly will happen then.

However, the fact that mortgage approvals eased back in August suggests that the upside for housing market activity remains limited amid the major uncertainties.

With the economy largely struggling and the outlook highly uncertain, EY ITEM Club expects that house prices will remain soft. Consequently, it has said it expects house prices to only rise around 1.0% on most measures over 2019.

Howard Archer, chief economic advisor to the EY ITEM Club, said: “It is possible that mortgage activity may have been recently lifted by some people looking to complete their house purchases before Brexit occurs on 31 October given the major uncertainties as to what will actually happen then.

Discussing the outlook for house prices, Mr Archer said: “With the economy largely struggling and the outlook highly uncertain, we suspect that house prices will remain soft. Consequently, we expect house prices to only rise around 1.0% on most measures over 2019.

“Employment has seen decent growth and reached a record high in the three months to June (although it slipped back from this level in July) while mortgage interest rates are still at historically low levels. Indeed, there is strong market belief that the Bank of England’s next move could actually be to cut interest rates, although we think it is more likely that they will stay at their current level through to the second half of 2020 (if there is a Brexit deal).

“Meanwhile, a shortage of houses on the market will also likely offer some support to prices. The latest RICS survey showed new instructions to sell were essentially stable for the third month running in August following 11 months of declines through to May. Consequently, average stock levels on estate agents’ books in July remained close to the lowest level in the survey’s history. Meanwhile, even if ultimately successful, the government’s recent - and ongoing - initiatives to boost house building will take time to have a significant effect so are unlikely to markedly influence house prices in the near term at least. “

Mr Archer added: “However, it is questionable whether the labour market can extend its recent improvement as companies face a soft domestic economy, heightened Brexit uncertainties, an unsettled domestic political situation and a challenging global environment. Our suspicion is that earnings growth may well have peaked in the three months to July while employment growth slowed appreciably in the three months to June.

“Should the UK leave the EU with a deal at the end of October – or early in 2020 - we believe reduced uncertainty and modestly improved economic activity could see house prices rise by around 2% over 2020. Housing market activity – and possibly to a lesser extent prices - could be given a lift in 2020 if the government cuts Stamp Duty significantly in the Budget later this year.

“If the UK leaves the EU without a deal on 31 October – or at a later date – we believe house prices could quickly drop around 5% amid heightened uncertainty and weakened economic activity.”

UK Finance reported annual net unsecured consumer credit growth edged back to 4.3% in August from 4.4% in July, which had been the sharpest rise since February 2018 but still well below the peak level of 7.1% seen in late-2016.

EY ITEM Club said it is particularly noteworthy, that credit card borrowing growth slowed markedly to 3.3% in August, which was the weakest rate since February 2015.

The slowdown in unsecured consumer credit growth ties in August with softer retail sales during the month while there was another fall in private new car sales.

The group said that the consumers have clearly been less affected by Brexit and other uncertainties than businesses and consumer spending has been relatively resilient in recent months, particularly compared to other sectors of the economy.

Howard Archer said: “Consumers have clearly been less affected by Brexit uncertainties than businesses and consumer spending has been relatively resilient in recent months, particularly compared to other sectors of the economy. Nevertheless, there are signs that consumers have recently become more concerned about the outlook and this may well limit future borrowing in tandem with a low savings ratio which discourages further dissaving.

“Specifically, GfK reported consumer confidence weakened appreciably in August to be at its lowest level since January while Markit’s household finance index deteriorated in September with job insecurity up and concerns over future finances the deepest since November 2013. Meanwhile, the latest available data show the household savings ratio fell back to 4.1% in the first quarter of 2019 from 4.5% in the fourth quarter of 2018 and is at a historically very low level. It crept up to an average 4.2% over 2018, having fallen as low as 3.9% in 2017 from 6.6% in 2016 and 9.4% in 2016.”

Mr Archer also said: “Additionally, lenders have become more careful about advancing unsecured credit. Indeed, the latest Bank of England’s credit condition survey indicated that lenders reduced the amount of unsecured credit available to consumers in the second quarter of 2019 for a 10th successive quarter. It was expected to be flat in the third quarter.