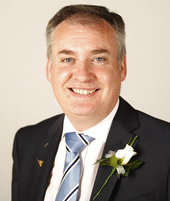 The unemployment rate in Scotland has fallen to a record low of 2.7%, according to the latest figures published by the Office for National Statistics.

All regions of the UK saw a decrease in the unemployment rate compared with the same period last year, with Northern Ireland also experiencing record low unemployment rates of 3.2% and 2.3% respectively.

According to the figures, the employment rate for those aged 16 to 64 years rose to 75.6% north of the border - 1.4% up on the previous quarter.
In Scotland, there were 2.682 million people aged 16 and over in employment between January and March this year, with 88,000 in that age group unemployed.

He said: “While we continue to face economic challenges, with the rising cost of living, the negative effects of Brexit and the economic impacts of Russia’s illegal invasion of Ukraine, the Scottish Government remains committed to doing all we can to help our economy recover.

“In 2022/23 up to £113m has been allocated to employability services, including £60m for No One Left Behind and additional investment in the parental employability support fund and Tackling Child Poverty.”

He added that the Scottish Government is continuing to invest in employability and training to support young people through the Young Person’s Guarantee and those who face barriers to employment through its national employability service Fair Start Scotland.