The UK is a more important growth prospect to global CEOs now than it was pre-Brexit, according to PwC’s 24th Annual CEO Survey. 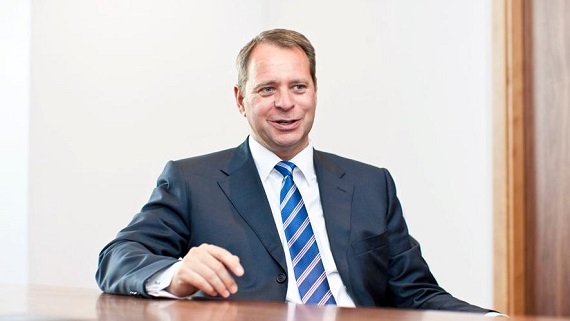 The survey of more than 5,000 CEOs globally, carried out in January this year, reveals that 11% of global CEOs selected the UK as a top 3 growth target, up from 9% in autumn 2019 (the last time the survey was conducted).

The US remains the number one market that CEOs are looking to for growth over the next year at 35%, seven percentage points ahead of China at 28%, although it has extended its lead (in the previous survey it was only 1 percentage point ahead). Germany holds on to its number three spot on the list of growth destinations, but strikingly post-Brexit UK moves up to number four (11%), surpassing India (8%).

New Zealand, a key trade target for the UK, also placed more emphasis on the UK as a growth target, with a fifth (20%) of CEOs picking the UK, up from only 9% in 2019.

Kevin Ellis, chairman and senior partner at PwC UK, said: “The findings are a vote of confidence in certainty and stability, which have undoubtedly increased on the trade front. Not only has the UK grown in appeal to some of our newer trade targets, but it remains an important market among our European neighbours, with 15% of Germany’s CEOs saying the UK is a top 3 growth target, compared with 13% in 2019. Likewise, Germany remains the second most important target for CEOs in the UK behind the U.S.

“These are encouraging signs but there’s more to do to enhance the UK’s position and investment attractiveness in what remains a very uncertain world.”

The CEO Survey has proved a good indicator of the direction of the global economy over the last 23 years, with CEO pessimism reaching a record high in the previous survey - just before COVID emerged into public consciousness.

While CEOs remain concerned about broader economic uncertainty, three quarters (77%) of UK CEOs, and a similar proportion worldwide, expect the global economy to improve. Moreover, 26% of UK CEOs expect it to improve greatly, while only 15% of their global counterparts said the same.

Mr Ellis added: “CEOs are largely confident the crisis has turned a corner - just 2% of them think economic conditions will get much worse. This improvement is fuelling activity and momentum, as chief execs plan ahead, invest and acquire in areas that will help them adapt for a more resilient future. We’re seeing this evident in deal activity which is building apace, and it should also translate into headcount increases in growth sectors like tech, particularly as the economy opens up again.”

The majority (61%) of UK CEOs say declining workforce wellbeing is an issue of concern, up from 59% in 2019. They also see a clear link between workforce culture and business success. Some 45% of UK CEOs surveyed believe that changing their workplace culture and behaviours will have the greatest impact on competitiveness. Less than a third (32%) of global CEOs selected this - instead they favoured a focus on productivity through automation of technology.

Mr Ellis continued: “A common theme we’ve seen over the past few years is the emphasis UK CEOs put on their people and wellbeing. When asked how to ensure their business remains competitive, four of the top five areas chosen by CEOs are people-centric, whether that be workforce wellbeing or focussing on diversity and inclusion.

“The pandemic has shone a light on the importance of employee mental and physical health, particularly with so many people working from home. Many businesses have upped the ante on employee wellbeing initiatives and engagement and it’s important this outlasts the pandemic. We know that companies prosper when their employees are healthy, motivated and supported, and it’s heartening that CEOs in the UK continue to put their people at the centre of their business plans.”

While the percentage of global CEOs expressing concerns about climate change has risen from 24% to 30% in 2021, this represents a fairly marginal increase in the context of COP26, which is being held in Glasgow later this year. It’s a similar picture for UK CEOs, with 31% saying they are extremely concerned, up from 25% in 2019.

Moreover, climate change still only ranks ninth among CEOs’ perceived threats to growth, with 27% of global CEOs saying they are “not concerned at all” or “not very concerned” about the issue (29% in the UK). This may be because climate change is not seen as an immediate threat to growth compared to other issues such as the COVID-19 pandemic, over-regulation and cyber threats.

Mr Ellis concluded: “Momentum is building for better measurement and reporting of environmental impact. This is hugely encouraging - more and better corporate information on environmental impact is key to driving change to get to a net zero economy. Companies are starting to transform their business models, supply chains and products and services. Reporting on their actions and progress is critical for stakeholders, and there is no time to lose.”