PwC: Productivity in Scotland remains among highest of UK regions, but harsh winter could stifle growth

As the UK confronts a highly volatile and uncertain inflationary outlook, PwC has predicted growth in Scotland will sit approximately 0.5 percentage points behind the UK average this year and, like the rest of the country, will be highly dependent on gas prices.

The outlook also projects a highly variable peak inflation rate, depending on the outlook for volatile energy prices and the size and form of anticipated government intervention.

Assuming no government intervention directly targeting domestic energy prices and assuming natural gas prices follow their market implied paths as at the beginning of September, headline inflation would peak at 17% in the first half of 2023. This rate, however, could peak at between 10-13% if the UK government proceeds with a proposed policy to freeze household energy bills.

Jason Morris, regional market leader at PwC Scotland, said: “Like the rest of the UK, it is now likely that Scotland will enter recession this year despite posting higher growth in the first half of the year.

“The size and scale of any downturn, however, will be influenced by the path of natural gas prices and the degree of government support available. Both businesses and consumers could be facing two very difficult situations in the shape of a potential five-decade high in the inflation rate, and the largest fall in real wages since records began.

“With average income levels sitting below the national average, and due to the fact that lower income households tend to see a higher budget share on fuel and food, there’s a real risk that households in Scotland could feel the impact more keenly.”

He continued: “Inflation forecasts have changed rapidly in recent weeks, driven mainly by the market price of natural gas. Until this market regains stability, predictions on the inflation outlook will remain difficult. It presents a challenging environment for businesses to plan, mitigate and adapt.

“With profound social and economic challenges ahead for both businesses and individuals, we can expect a renewed focus on areas to boost productivity in the UK, hopefully with a view to closing the regional productivity gap in order to deliver parity in economic growth in the long term.” 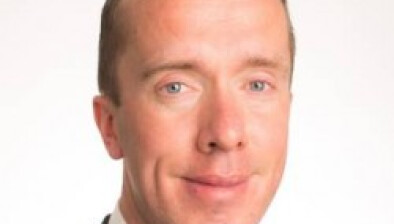