Scotland’s deals market is set to see increased activity in 2020, with a ready availability of cash expected to attract sellers as Brexit uncertainty dissipates, leading PwC to expand its deals team. 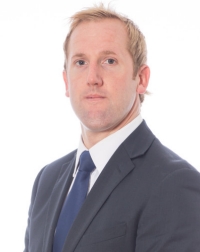 PwC predicts that this year will see an increase in the sale of owner-managed businesses, while stand-out firms across all sectors are likely to be more attractive than a single dominant sector. And while technology firms will continue to garner suitors from all asset classes, they could also attract the attention of corporations seeking operational bolt-ons.

These trends emerge as investors and businesses adapt to a new world where rapid societal change has altered investment strategy across the board.

In this backdrop PwC is not only increasing headcount across its deals team in Scotland it’s also ensuring it has the relevant capability, with the firm’s wider investment in technology meaning 70% of the team have now been trained on and adopted new data and analytics tools.

Although deals volumes reduced in the last couple of years as the UK wrestled with the political and economic uncertainty that followed the Brexit vote in June 2016, the large Conservative majority returned in December’s General Election has boosted confidence in the market as it reduces uncertainty.

These findings were reflected in PwC’s recently published CEO Survey, which found that 90% of UK CEOs are confident to some degree about the prospect of their business growing revenue over the next three years. The survey also revealed that the availability of key skills is the number two business concern for CEOs in the UK, behind only cyber threats, which aligns with the prospect of technology-enabled bolt-ons.

The firm also worked on the disposal of Howden to KPS Capital, on the disposal by SSE of stakes in the Stronelairg and Dunmaglass wind farms to Greencoat UK Wind, on the sale of Terra Nova Technologies by Wood Group plc to Murray & Roberts, Sale of Dragon LNG to Ancala Infrastructure and the i newspaper by JPI Media to DMGT.

Jon Shelley, head of corporate finance at PwC Scotland, said: “There is a huge amount of capital out there. The challenge is that there is enough money, but not enough strong opportunities. Private Equity funds are having to be far more focused on how to create value, as they are having to pay top dollar for good businesses and are subsequently doing more to make the returns work – that means that international growth strategies, roll-outs, bolt-ons and transformational M&A, for example, are increasingly more important on top of a solid organic plan.”

One of the main trends expected in 2020 is how fast-paced changes in societal attitudes will impact the investment market.

Mr Shelley continued: “Change is coming at us quicker than ever. Boards have got to be cognisant of new themes and trends and how they impact their business and then be very agile to adapt to them. Some people will be caught out, some will prosper – look now at the power of voice for energy transition and veganism, the social change regarding both are just massive.

“For buyers and investors, it is not just a case of thinking about what a business’ position is now, but also what it will look like four to five years from now. In a world where trends are moving so quickly that is getting increasingly tricky to do. I don’t think anyone can predict with robustness what any one business’ market is going to look like in three plus years, so the game now is much more about how you develop a business and strategy that can adapt to whatever comes at you.”