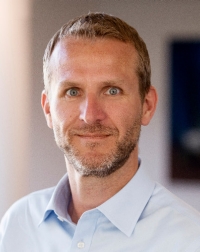 Government and businesses are being urged to prepare for reskilling workers at risk from automation, with 45% of Scots feeling concerned at the prospect, compared to 38% across the UK, according to a new study by PwC.

The study has found that most workers in Scotland believe quotas should be introduced to protect human jobs. However, there is a huge appetite among the Scottish workforce to evolve in-step with automation and reskill.

The research highlights the risk of societal inequality and unfairness being exacerbated by automation unless the government and employers act together to address the ‘awareness’ and ‘aspiration’ gaps.

Stewart Wilson, head of government and public sector of PwC in Scotland, said: “It is reassuring to see that so many people working in Scotland today both recognise the role that automation is going to play, and that they are keen to develop new skills in response to this. However, what our research tells us is that Government and business must ensure they collaborate to create opportunities for everyone – and that work must begin now.

“Our research has previously projected that more jobs will be created as a consequence of automation in Scotland than displaced leading to a net benefit. But we must recognise that while automation can improve the lives of skilled workers it may make life more difficult for those less skilled and so the UK and Scottish Governments, along with local authorities and businesses need to work together to invest in upskilling initiatives which will benefit the whole workforce.”

The Making the UK fairer: How we work report found that workers believe the UK government and businesses are responsible for ensuring the current workforce is reskilled where required, as automation begins to play an increasing role in the likes of manufacturing and production of goods.

This acceptance of automation was compounded with 55% prepared to accept a lower or entry-level position at another company, and almost half (47%) prepared to take a lower salary.

This change in the way the country works will require reskilling for a number of workers whose jobs will be affected by automation. Looking at how this will be achieved, 28% of Scots said responsibility lay with the UK Government in Westminster, and 22% said the Scottish Government and local authorities were responsible. The same number (22%) said it was the responsibility of businesses, with just 4% saying it was up to themselves to seek out opportunities for reskilling.

This was widely reflective of the picture in the UK, though fewer Scots felt the responsibility lay with local authorities and more said it was up to businesses to reskill their staff.

From a list of things Government could potentially do to help people with the process of reskilling, providing free or subsidised training courses for anyone who loses their job through automation was the most welcome, backed by 86% of respondents in Scotland.

There was also a strong desire for businesses who replace people with computers to step up, with 84% of respondents agreeing there should be a mandatory requirement for businesses to provide reskilling for those who have lost their jobs. There was also an appetite for quotas of human workers to be introduced by Government, with more than three-quarters (77%), backing such a move.