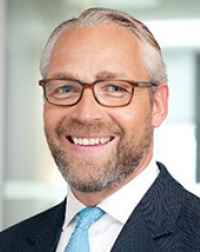 PwC UK has predicted that global insurance run-off liabilities will reach $864 billion in 2021.

According to the firm’s latest Global Insurance Run-off Survey, the growth in legacy activity predicted in the last edition of this report has materialised, boosted by significant investment in both new and existing legacy players.

The market has maintained its momentum, with over 100 legacy deals publicly announced since our last report, consistent with the volume in the prior period.

Respondents to PwC’s survey - which formed the basis of the report - predict legacy deal activity will remain at record highs, with the US and Lloyd’s markets continuing to be particularly busy.

Respondents further indicated that they expect the sector to be heavily influenced by factors such as increased levels of capital availability and hardening live market conditions, which will ensure a strong supply pipeline over the next two years.

The majority of survey respondents believe the global legacy market is growing while key restructuring drivers remain consistent with the deal flow that has been observed in the market over the past two years.

Respondents also indicated that releasing capital continues to be the primary driver of run-off activity, followed closely by disposing of non-core business and achieving early finality.

A total of 93% of respondents believe new capital will continue to be made available to legacy market players in the current hardening market.

At the same time, 79% of respondents foresee consolidators pricing legacy deals at Internal Rates of Return (IRR) of between 10-20%.

Jim Bichard, global insurance leader, PwC UK, said: “The legacy market has never been as active as it has since our last survey, both from a deals perspective, but also from a legacy management perspective within groups. More of our professionals than ever are involved in providing insights and services to the market and we can only see this continuing to expand as the market evolves and develops.”