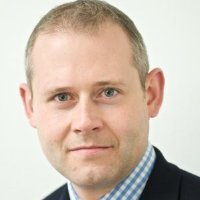 Shares in Scottish companies listed on the Alternative Investment Market (AIM) rose by 1.01 per cent in the first quarter of 2015, according to analysis by accountants BDO.

The biggest increase in share price was experienced by Scotgold resources which rose 42.8 per cent followed by a 33.9 per cent rise forFaroe Petroleum and a 33.7 per cent increase for Spaceandpeople.

Football club Rangers shares are currently suspended so were excluded from the list.

Smart Metering had the largest market cap at £289.85m equivalent to just under 20 per cent of the entire market with Pinnacle Technology the smallest with a market cap of £2.82m making up just 0.2 per cent.

Neil McGill, corporate finance director with BDO, said: “The first quarter saw Scotland’s AIM listed firms increase in overall value but not by quite as much as the wider market. There are four oil and gas firms which make up a quarter of the total value of the Scottish AIM market listed businesses and consequently their performance, either good or bad, has a substantial impact on the value of the whole market. Although Faroe Petreoleum was one of the biggest risers in the first quarter the other three oil and gas firms in the Scottish AIM market (Bowleven, Eland Oil and Gas, and Lansdowne Oil and Gas) all fell with Lansdowne dropping a substantial 58.3 per cent. However, it is to be expected that some firms will perform better than others regardless of the oil price and Faroe benefits from a strong balance sheet and balanced portfolio.”

“AIM listed firms are extremely susceptible to market fluctuations in any sector but clearly the oil price drop had a substantial impact on the sector which it is still coming to terms with. All AIM listed firms can experience considerable changes in their price due to relatively small market shifts. This is why it is essential for all listed firms to ensure they notify the market immediately of any issues which arise.”

Mr McGill concluded: “There could be some volatility in the market due to continued uncertainty with the oil price coupled with the forthcoming election which may make investors wary of any major decisions until after May 7th. We are still seeing new and secondary issues on AIM indicating that there is still a market for well managed businesses with an attractive equity story. AIM remains a useful means of accessing capital and raising a company’s profile but does require sound management and an appropriate valuation if it is to succeed.”