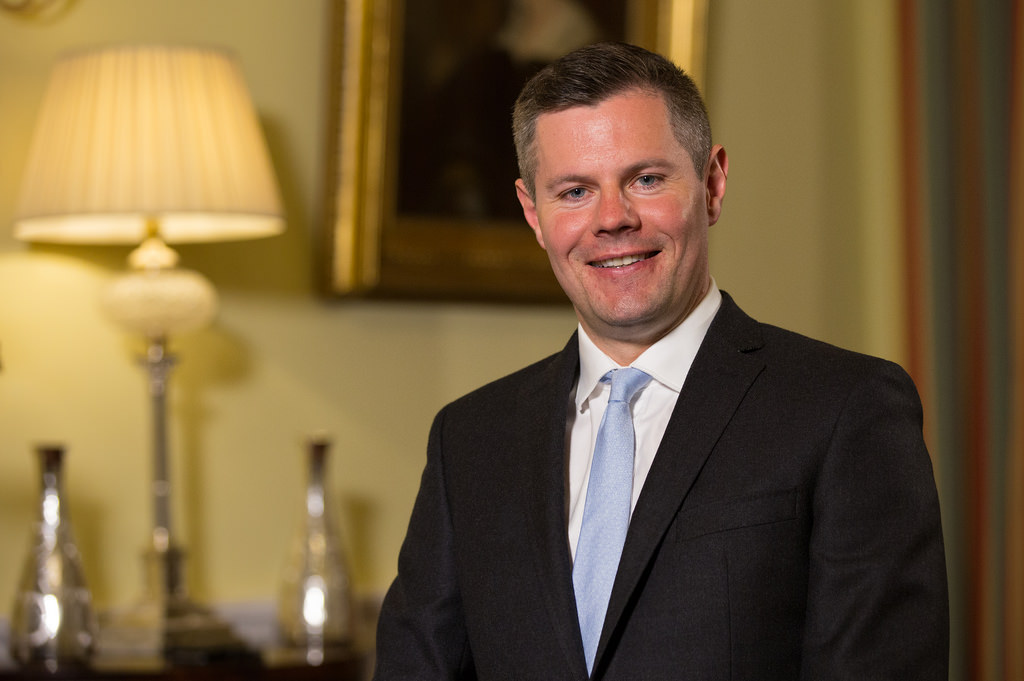 Scotland’s finance secretary Derek Mackay said “now is not the time to cut tax for the highest earners at the expense of our public services” as he unveiled a Scottish budget yesterday in which he ruled out a tax break for higher earners similar to that handed out earlier this year by the UK chancellor in his budget for those south of the border.

Mr Mackay opted to raise the threshold where the lowest rates kick in by the rate of inflation, and froze the point at which people start paying the higher rate at £43,430.

He said freezing the higher rate threshold - paid by the top 15 per cent of taxpayers in Scotland - was forecast to deliver an extra £68m for public services.

The proposals mean taxpayers in Scotland and England will pay the same tax on a salary of £26,993.

And everyone earning under £27,000 in Scotland - about 55 per cent of taxpayers - would pay less income tax than those on the same salary elsewhere in the UK.

But they would only be a maximum of just over £20 a year better off, according to economists at the Fraser of Allander Institute.

Mr Mackay also said everyone earning under about £124,000 in Scotland would pay less tax than they did last year.

The percentage of adults who do not pay income tax will go up in 2019/20 because of the increase in personal allowance.

Russell Gunson, director of progressive think tank IPPR Scotland, said: “We welcome the Scottish Government’s decision to freeze the higher rate income tax threshold in Scotland. This is a progressive move and something IPPR Scotland called for in advance of the budget. The tax freeze will ensure that higher earners do not see larger tax cuts than those earning less, while also raising much needed tax revenue to help reduce the impact of budget cuts in Scotland.

“However, this much needed revenue has not been enough to end spending cuts in Scotland never mind deliver faster progress against the ambitious priorities we’ve set ourselves here in Scotland. Between now and the final budget vote in February, we need to see what more can be done to deliver the additional funding needed on key priorities in Scotland like eradicating child poverty, narrowing the attainment gap and delivering inclusive growth.”

John Cairns, tax partner with French Duncan LLP, said: “Derek Mackay’s decision to freeze the higher tax rate threshold highlights his intention to expand the gap between tax paid in Scotland compared to the rest of the UK with the very real threat of discouraging skilled individuals from coming to work in Scotland. He is taking a gamble and assuming that those who live here already will not move even though the amount they are paying in tax is becoming increasingly higher than anywhere else in the UK.”

“He may be correct in assuming that older individuals will not move but keeping the highly skilled young in Scotland and attracting the best workforce to the country is very likely to be impaired by this policy which, let’s not forget, is only in its infancy and yet the gap is already substantial. Where will we be in five- or ten-years’ time if this policy is continued. Freezing the higher rate threshold indicates that the Finance Minister has not listened to the business community. We shall see if revenues rise on the back of this and whether more skilled jobs become difficult to fill but this decision is retrograde and divisive and will not end well.”

Liz Cameron, director & chief executive, Scottish Chambers of Commerce, added: “While it remains difficult to quantify the impact the divergence in income tax will have on attracting talent and skills to Scotland, businesses and employees will look at the net balance of measures presented in today’s Budget. We do know the task of retaining and recruiting talent has remained a stubborn economic challenge for businesses, so we will remain alert to the impact of this policy, and others, that have the potential to further exacerbate this challenge.”