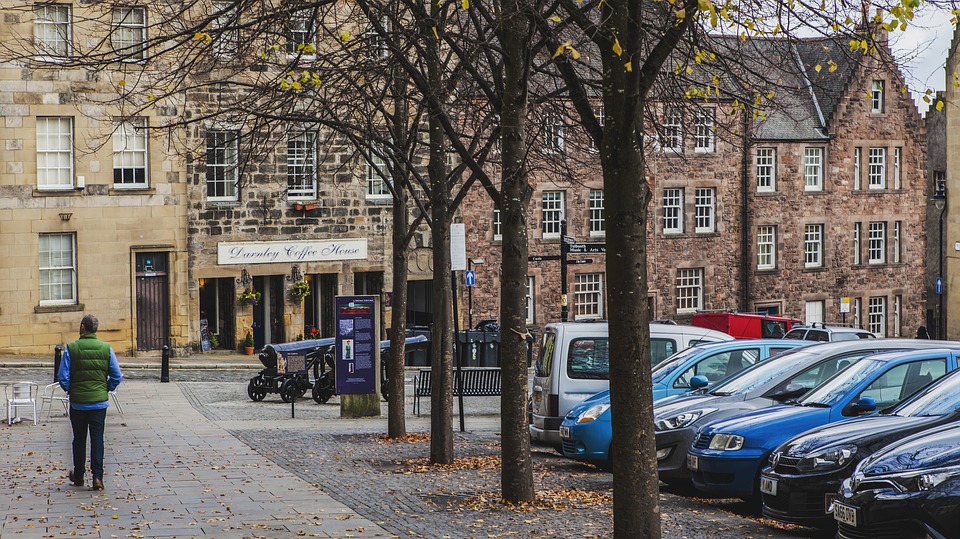 Yesterday, as part of Scotland’s 2019/2020 Draft Budget, Scotland’s Finance Secretary Derek MacKay announced cuts to rates aimed at boosting town centres as part of a £750 million package which have been welcomed by business leaders.

The main announcements included confirmation of a lower than inflation increase in the Uniform Business Rate next year and that a new Non-Domestic Rates Bill will be introduced early in 2019 proposing significant changes to the business rates regime in Scotland.

The bill will take forward some of recommendations of the Barclay Review in 2017 - these include three-yearly revaluations from 2022.

Mr Mackay also announced that the New and Improved Property Relief scheme will continue in 2019/20, as will the transitional relief for the hospitality and office sectors in Aberdeen, which was introduced to help those who witnessed significant increases in their rates bills after the 2017 Revaluation.

The below-inflation rise in the business rates poundage amounted to 49p, meaning nine in 10 premises would pay less than their English equivalents.

Mr Mackay said a £750 million package of rates reliefs would be the most generous in the UK.

Elsewhere, he shelved plans for a so-called “Amazon tax” on large online and out-of-town businesses after a backlash from retailers, and announced a £50m fund to help town centres.

The Federation of Small Businesses in Scotland called the budget “savvy”.

Andrew McRae, FSB’s Scotland Policy Chair, said: “Like smaller firms across Scotland, Derek Mackay today showed that he’s getting on with business despite the Brexit backdrop. This is a mostly savvy budget proposal that should give smaller firms some much needed stability.

“Over the last few years, independent businesses have been leading a fightback on our high streets. But local traders can’t prop up our town centres on their own. That’s why we’re pleased to see Derek Mackay back the FSB’s idea for a new Scottish town centre diversification fund. Similarly, a below inflation increase to business rates will give many smaller firms outside existing help much needed breathing space.

“The Finance Secretary talked about directing our economic and skills agencies to help Scottish business ride out any economic turbulence caused by the UK leaving the EU. That’s an important and sensible move.

“While there are areas where we’ll press Ministers to take additional action or give us more details, this looks like a no-gimmick budget at a difficult time.”

Liz Cameron, chief executive of the Scottish Chambers of Commerce, said: “The Cabinet Secretary has responded to the calls of Scottish business and announced the scrapping of the out of town levy, which was not practical or plausible. Whilst we recognise this will be kept under review, this is an important signal welcomed by the business community. Maintaining the small business bonus scheme and transitional support for businesses in hospitality, and for office premises in Aberdeen and Aberdeenshire is a sensible approach. The announcement that the main Uniform Business Rate (UBR) is being kept lower than England is positive, however, the continuation of the 2.6p large business supplement is not good news for larger companies.”

Brian Rogan, head of business rates in Scotland for CBRE, also welcomed the news with some reservations.

He said: “The news that the 2019/20 Uniform Business Rate is going up by less than the usual RPI uplift is somewhat welcome, however bills are still going up. Further relief for hospitality properties and office occupiers in Aberdeen being carried forward is a token gesture as there will be a limited number of recipients who qualify for the transitional relief due to cap levels and state aid rules. What businesses in those locations are telling me is that this is a sticking plaster, and that a much clearer and fairer appeal system which unequivocally allows bills to reflect the current reduced rental values, caused by changes in circumstances in the local economy, is what’s required. Hopefully the new Bill being brought forward next year will address this.”

“The Scottish Government has failed yet again to listen to North East businesses on this aspect and, by failing in this budget to take the opportunity to reform the appeal legislation or at least bring the 2022 Revaluation forward in line with the rest of the UK and have a Revaluation in 2021 will cause further pain for businesses in the North East of Scotland. Furthermore there will be significant administrative challenges for all businesses operating on both sides of the border with the Scottish  Revaluation being out of sync with the Rest of the UK.

“On a more positive note the New and Improved Property Relief legislation is innovative and can significantly help occupiers planning to move to new builds or refurbish existing premises, but the qualification requirements for this relief are extremely complex. Therefore, anyone who thinks they might be entitled to it should take professional advice immediately, as the regulations governing entitlement require expert navigation.”