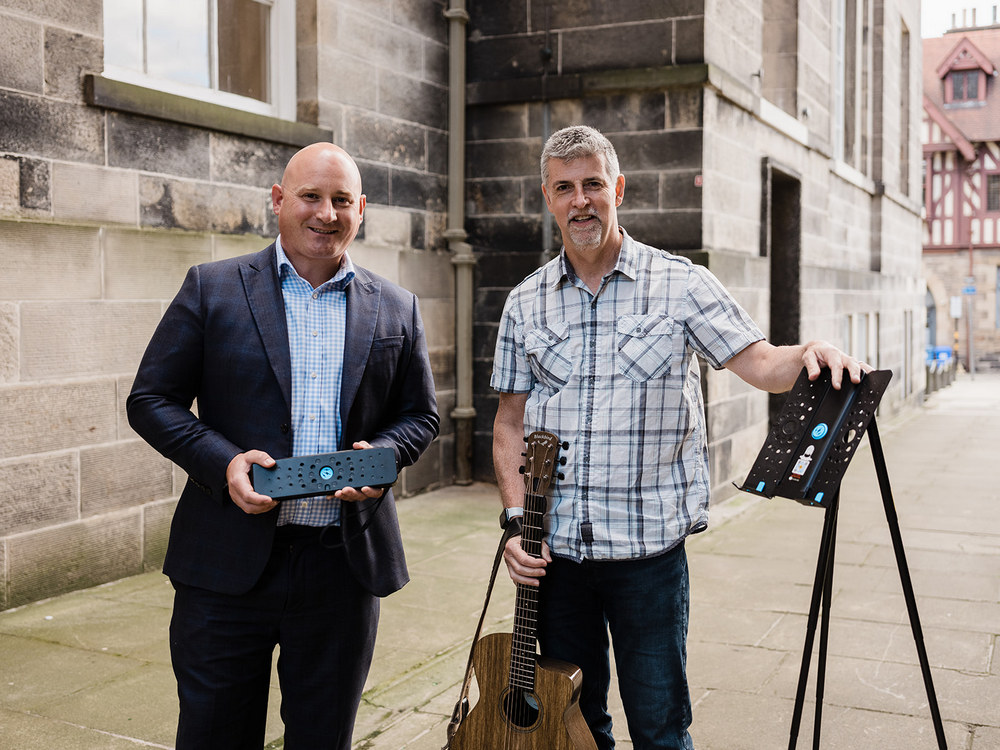 A Scottish designer and manufacturer of musical accessories has closed a £250,000 funding deal with Reward Finance Group to develop two new products.

Edinburgh-based Noisy Clan was established in 2019 by David Law, an experienced product designer who has spent much of his career running businesses in Silicon Valley, including the most successful producer of cases for Apple devices. His aim with his latest venture is to develop a range of accessories for musicians of all ages and abilities to make it easier for them to practice and perform music.

The £250,000 working capital facility provided by Reward Finance Group will facilitate the development of Grandstand, a music stand specifically designed for home use, along with its new Decoder product, a learning tool to assist with music theory.

Noisy Clan’s aim is to build on the success of the ‘Wee Stand’, the Red Dot Design Award-winning product that launched Noisy Clan back in 2021. Known for being an ultra-compact, easy to use and carry music stand, it has sold thousands of units in 47 countries. Its development was supported through the creative industries crowdfunding platform Kickstarter, which Noisy Clan is using again in conjunction with the funding from Reward Finance Group for the new additions to its range.

Mr Law said: “Being able to access funds as and when we need them at this stage of the new product development process is vital, particularly to build market awareness, and that’s why we are extremely pleased with the funding provided by Reward.

“Brian Machray and the team really did go above and beyond, keeping us in the loop at all stages and even facilitating an initial 20% advance whilst the finer details of the agreement were being finalised.”

Brian Machray, business development director at Reward Finance Group, added: “We are really pleased to be able to support Noisy Clan, a fantastic new business with a bright future whose fresh ideas are already gaining popularity in their market.

“Through our Business Finance product, David and his team have a flexible working capital facility that will help them ensure short term financial demands need not be a barrier to realising their growth plans.”