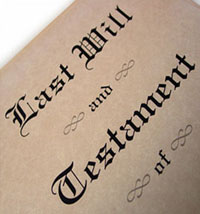 The public is being asked for their views on how the law covering succession in Scotland could be made fairer.

A newly-launched consultation asks how an estate should be split when there are both a surviving spouse and children.

It also considers what rights cohabitants should have regarding succession, and whether step-children should have the same inheritance rights as biological or adopted children.

The consultation also seeks views on a potential change in the law to allow anyone charged and convicted of murder and other crimes to be removed from being executors for their victims’ wills.

Community safety minister Ash Denham said: “The make-up of families in Scotland is vastly different today than it was when these laws were passed over half a century ago, including significantly more families made up of cohabiting couples and an increased number of step-families.

“This issue affects all of us and we want our reforms to reflect the views of 21st century Scotland. The law should be fair and representative so it is important we hear from people of all ages and backgrounds. I hope that people will take this opportunity to share their opinions and experiences.”

Convener of the Law Society of Scotland’s Trusts and Succession Law Sub-Committee, Gordon Wyllie, said: “We welcome the opportunity for further consultation and reform of succession law.

“It is important that the law reflects the needs of modern society, and we strongly encourage reform in areas where the law has struggled to keep up with societal and technological changes.

“We believe that changes to inheritance rules are required and we look forward to engaging with the government on this issue.”

Respond to the consultation on succession