Glasgow-based Spider Online has announced it is joining the growing number of employee-owned businesses in Scotland, with all staff being given a stake in the company. 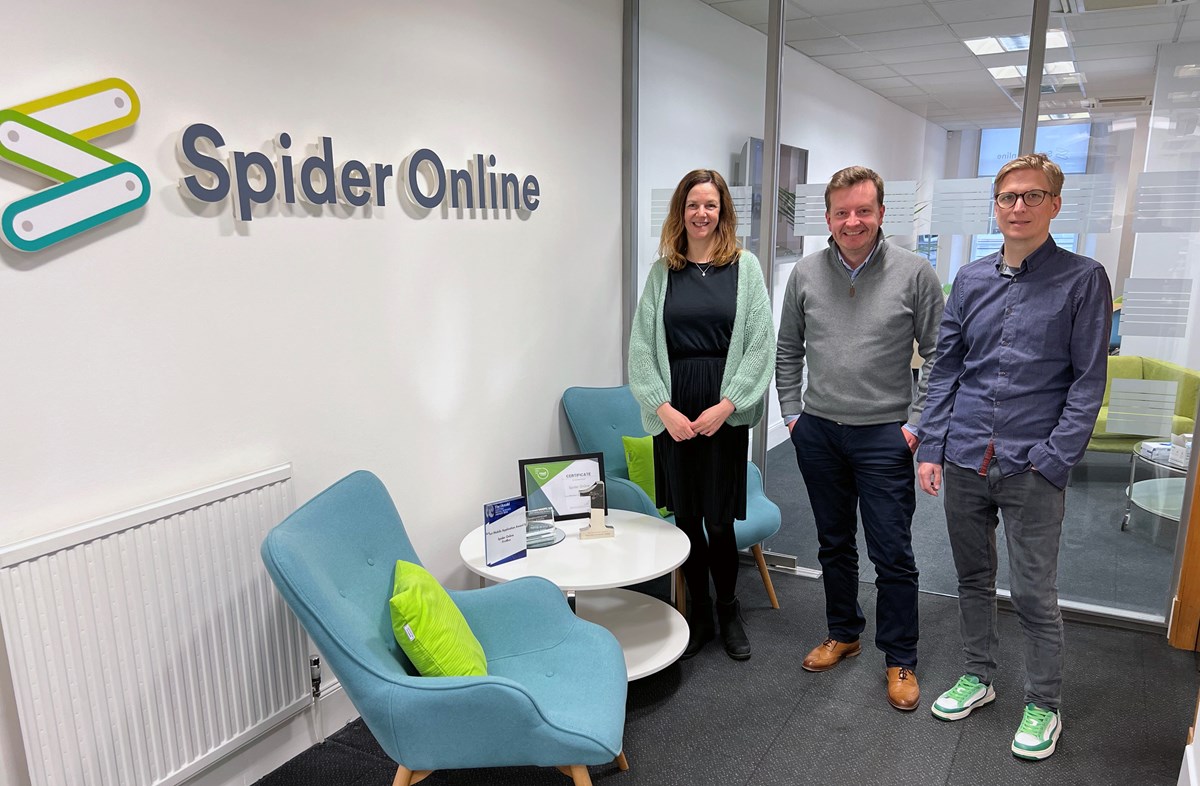 The change in business structure sees the formation of an Employee Ownership Trust (EOT), which holds 100% of the shares on behalf of the employees. As a result, John Campbell will move to the position of chairman, with Ross Hamill becoming managing director.

The transition to employee ownership was supported by Co-operative Development Scotland (CDS), part of Scottish Enterprise and the arm of Scotland’s enterprise agencies that supports company growth through collaborative and employee ownership business models. CDS funded a feasibility study, allowing Spider Online’s leadership to make an informed decision on whether to move to employee ownership. Once the company had decided to proceed, its transition was project-managed by 4-consulting, with legal services from Blackadders and financial inputs from Milne Craig.

John Campbell said: “We started the business three years before Steve Jobs launched the iPhone and four years before the financial crash – and I don’t think we ever thought it would still be around 18 years later. There have been so many technological, political and economic changes in that time, with numerous challenges, successes and failures, so it’s incredibly rewarding to see Spider Online prosper as a profitable business in a competitive sector.

“During this time we’ve also witnessed the development of our brilliant team. I’m proud of the people that have and continue to work with us. Now feels like the right time, along with support from Scottish Enterprise, to create an EOT allowing these talented people to take the business to the next stage and the next 18 years. I know that, as MD, Ross will guide our continued success and future growth.”

Clare Alexander, head of Co-operative Development Scotland, added: “The number of employee-owned businesses in Scotland continues to grow and we’re delighted to add Spider Online to this group. This is a great business which is hugely successful in its field, and the transfer of ownership to its employees is a fantastic fit for its collaborative and innovative culture.

“Both CDS and Spider Online would like to thank 4-consulting, Blackadders and Milne Craig for their part in bringing about this exciting change. I look forward to following the continued success story of Spider Online as it evolves as an employee-owned business.”