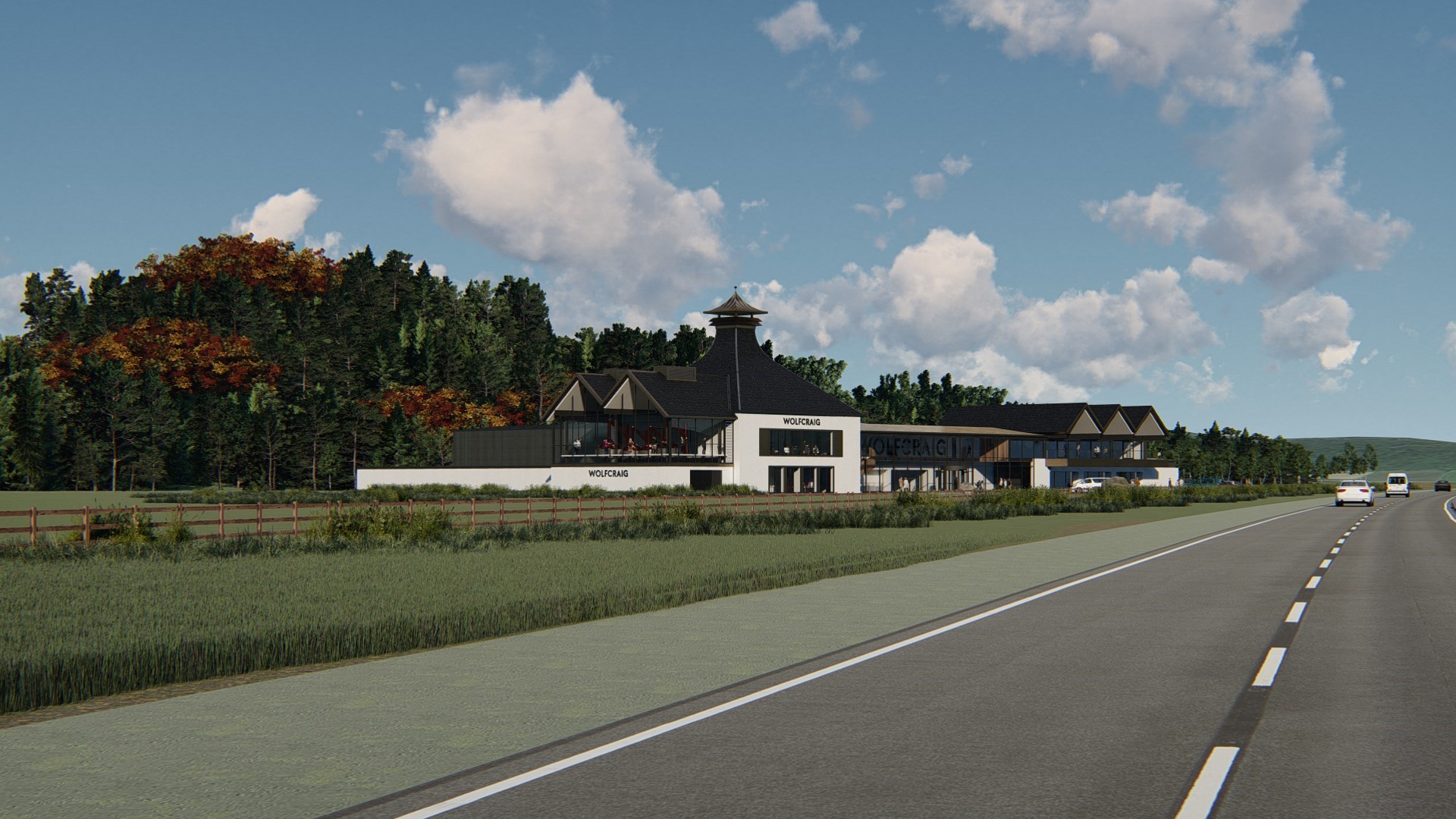 Stirling councillors are set to visit the site of a proposed £15 million distillery and visitor centre which was refused planning permission in March.

Wolfcraig Distillery signed a land deal with Ambassador Group last year that it hoped would have resulted in the development being located at the Craigforth Campus on the outskirts of the city.

The building, designed by Opfer Logan Architects, was to harness the latest sustainable technologies.

However, councillors refused permission in March after planning officials said it would draw visitors away from Stirling city centre.

Members of Stirling Council’s local review body panel will now visit the proposed site and hold hearings before deciding whether to overturn the decision, the Stirling Observer reports.