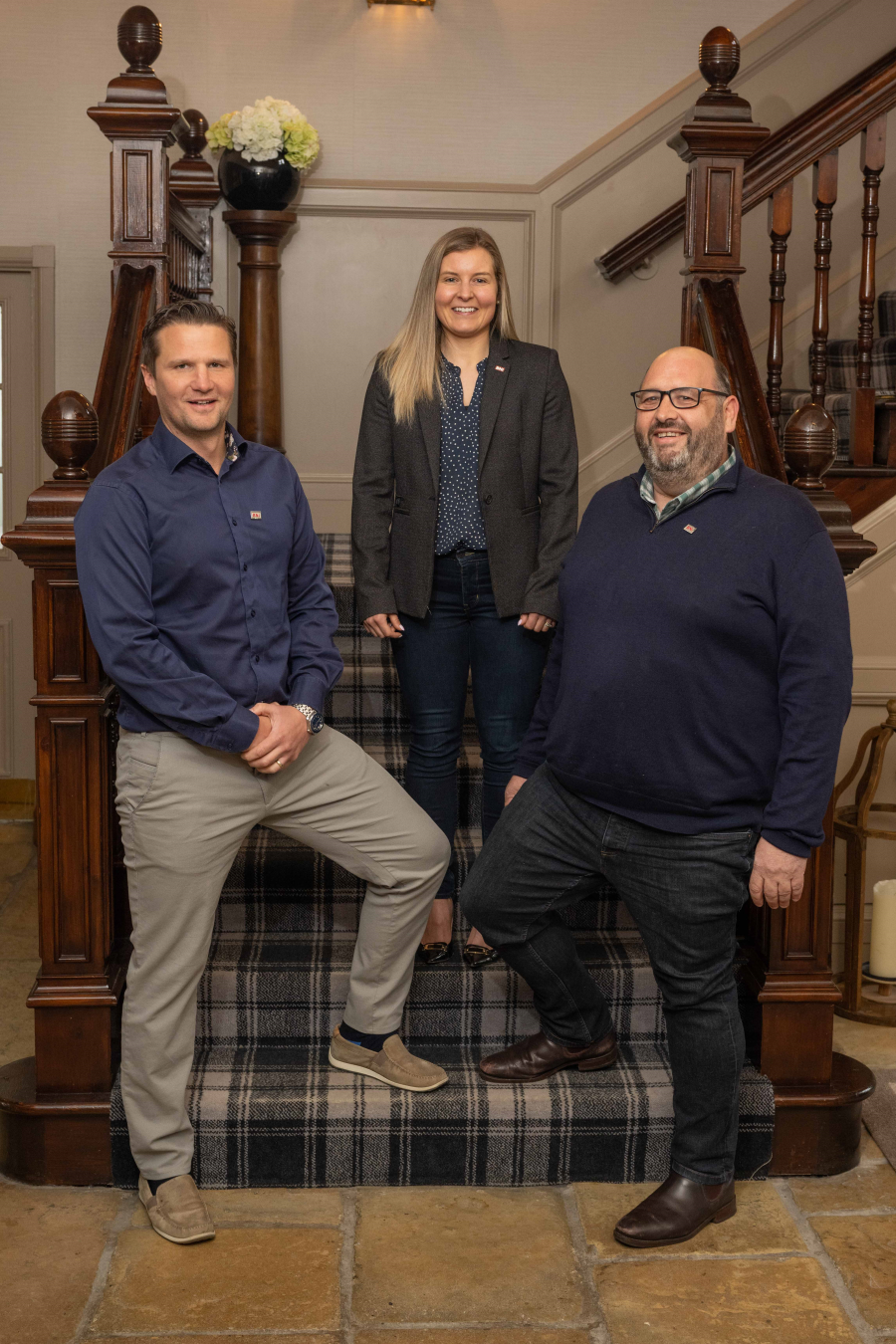 Two networkers have reached the incredible feat of passing over £5 million worth of business to fellow BNI Scotland North members.

BNI is a business networking organisation that meets once a week to share potential leads and build relationships. There are 17 networking groups in BNI Scotland North.

The two are both members of the BNI Aberdeen Alpha chapter and met there in 2015. The pair have remained close friends ever since, even launching business ventures together including Virtual Check-In – the contactless sign-in solution for businesses which was introduced at the beginning of the pandemic in 2020.

BNI Scotland North is owned by Aberdeen-based Angela Kinghorn and her husband Bryan, who are both executive directors. Referrals are known as ‘Thank You For The Business’ in BNI chapters.

Mrs Kinghorn said: “We are thrilled to recognise John and Andrew’s achievements in BNI and are delighted with their commitment to the BNI philosophy of givers’ gain.

“John has made BNI Scotland North history as the first member to reach the £3m milestone, and Andrew has already achieved £2m in his time with BNI. We are very proud to have them as loyal, dedicated and supportive members of BNI Scotland North.”

John Willis added: “BNI is an incredibly effective way of growing your business regardless of its size. It has enabled me to develop professional relationships, friendships and even recruit staff members. It has made a huge difference with over £1.5m of our business coming from BNI referrals alone over the years.

“Additionally, through active participation, I have passed on over £3m of referrals to other business owners – it really is a win-win situation, and I am honoured to have made BNI Scotland North history.”

Andrew Alleway commented: “BNI has allowed me to grow Tidy Green Clean from a zero-base to now £5m-plus turnover company. I’m grateful to be able to give back to other BNI members. It’s not a one-way street and it’s fantastic to know I’m contributing to other businesses.

“Over the years in BNI, I have created friendships as well as alliances with different businesses which has led to opportunities. I have also encouraged more of our staff members to get involved in BNI which has been a huge benefit for us commercially and as part of their personal development.”

Tidy Green Clean has operations in Aberdeen, Inverness, Dundee, Forth Valley, Glasgow and Edinburgh. BNI Scotland North, which generated £18.8m worth of business for members in 2021, has six groups in Aberdeen, two in Dundee, two in the Highlands and Islands and additional groups for the Elgin, Peterhead, Stonehaven, Montrose, Perth, Stirling and Dunfermline areas. It has more than 350 members in total.

The BNI network allows companies the opportunity to meet weekly and help each other grow their respective businesses by referring each other for relevant opportunities through their connections.