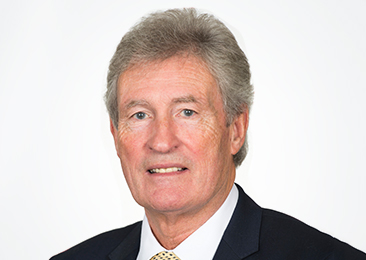 Housing, care and property management group Wheatley has secured a ground-breaking investment of £76.5 million that will enable it to build hundreds of new affordable homes.

The 25-year debt funding deal provided by Scottish Widows, through its partnership with the Bank of Scotland’s Real Estate and Housing team, is the first of its type in Scotland. It will enable Wheatley’s commercial subsidiary Lowther Homes to buy 560 mid-market rent properties currently owned by three of the group’s Registered Social Landlords (RSLs).

This in turn will allow the housing associations – GHA, Cube and Dunedin Canmore – to use the proceeds to build 700 new homes as part of Wheatley’s wider ambition to complete 7500 affordable houses and flats through to 2025.

Wheatley chair Alastair MacNish said: “This is a significant milestone in our ongoing efforts to boost the supply of affordable homes across the country in support of the Scottish Government’s More Homes Scotland agenda.

“It is a massive vote of confidence by Scottish Widows and the Bank of Scotland in both Wheatley and the affordable housing sector, and one that will lead to hundreds of new, affordable, high-quality, energy-efficient homes.”

Jason Morris, director of loan investments at Scottish Widows, said: “Structuring this long-term loan provides Wheatley Group with the certainty of fixed-rate funding for the next 25 years. We are delighted to support the provision of much-needed affordable homes building on our previous commitments to the housing sector.”

Alan Brennan, relationship director at Bank of Scotland Real Estate and Housing, added: “We worked closely with the management teams at Wheatley and Lowther Homes to structure a bespoke deal that provides them with both long-term funding stability and significant capacity to increase their development programmes.

“We’re proud to continue playing a major role in the delivery of new affordable housing in Scotland and to have cemented our relationship with one of the country’s most significant housing groups for the next two decades and beyond.”

This latest investment follows £185m of funding from the European Investment Bank earlier this year and brings the total raised by Wheatley since 2013 to almost £930m. Mr MacNish said the group remained on schedule to fulfil its objective of raising £1 billion of private and public investment.

Wheatley is the largest developer of social-rented homes in the UK, having completed 2130 since April, 2015. It is building or working on plans for almost 3000 more affordable homes on 58 sites across Scotland. From 2021-25, Wheatley plans to sustain a house-building programme of up to 650 homes a year that would take the total number built between 2015 and 2025 to over 7500.

In acquiring the 560 mid-market properties from the three Wheatley RSLs, Lowther will become the largest private landlord in Scotland, owning over 1700 homes in Glasgow, Edinburgh, Inverclyde, Lanarkshire and Renfrewshire.

Lowther previously managed the 560 mid-market homes on behalf of the housing associations. As an ethical, not-for-profit landlord, it provides tenants with a range of services not typically available from a traditional private landlord, such as 24/7 cover.