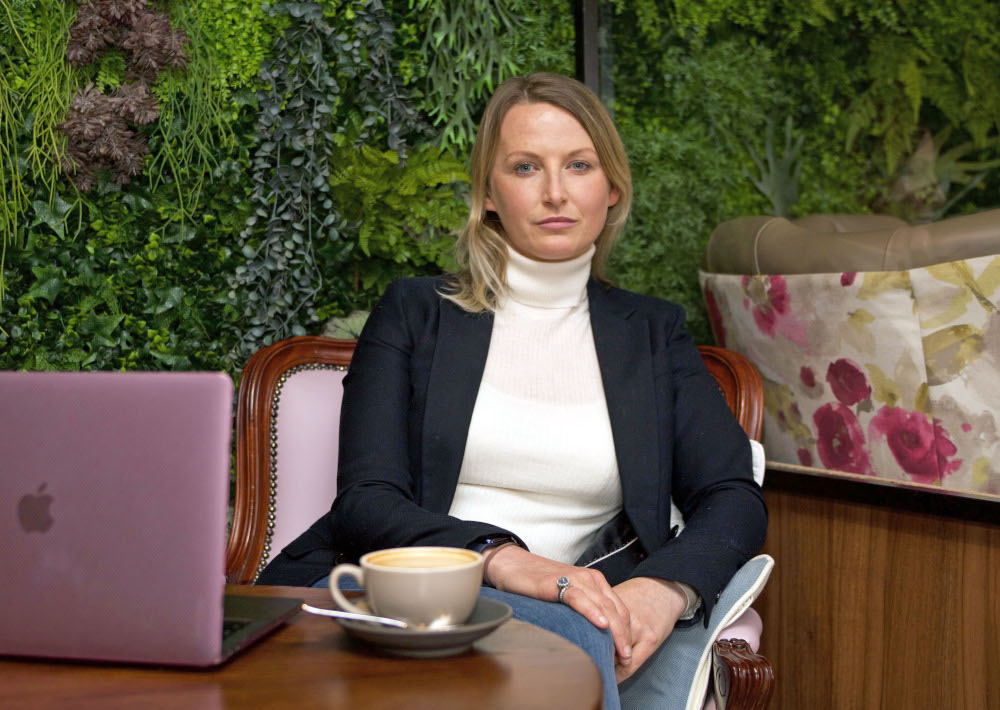 Swurf, a new Edinburgh-headquartered start-up that connects remote workers with spaces and hosts, has secured funding and support from two investors as the ambitious business expands south and targets global growth.

Gareth Williams, co-founder of Skyscanner, and Anna Lagerqvist Christopherson, co-founder of Boda Bar Group, have both invested in Swurf to support its ongoing growth. At the same time, Swurf has appointed its first director outside Scotland, who will focus on growing the business in England.

The Airbnb-like platform was founded in Edinburgh last year by Nikki Gibson when she spotted a gap in the market with more people working remotely during the pandemic. With many people preferring to continue to be remote workers at least some of the time, the app links individuals – ‘Swurfers’ - with spaces, including hotels, bars and restaurants, where they can get on with their jobs, network and collaborate.

Figures from the Office for National Statistics (ONS) for May this year found that about of quarter of UK workers were adopting a hybrid model. With no sign of a rush back to the workplace full-time, people are still expected to be looking for various places to base themselves and connect with others.

Ms Gibson said: “Getting investment from Gareth and Anna represents a major step forward for Swurf as we continue to expand quickly. It’s great that successful investors and entrepreneurs of their calibre have chosen to support Swurf and have bought into our ambitious plans.

“Until now I have funded the business myself, as well as receiving a Scottish Government Digital Boost Grant earlier this year to further develop my app with a focus on more engagement for users and hosts.

“I came up with the idea of Swurf while working from home in Edinburgh during the pandemic. I realised people wanted somewhere they could go to work and connect with others, away from their own four walls, and venues were looking for new ways to bring in clients and generate business.

“The Swurf model has worked well and we continue to sign up new hosts and users across the UK as we build up our community, with an eye on global expansion. Our vision is to have a virtual network of international Swurfers.”

Swurf now has more than 2,500 registered users who have downloaded the app and over 100 hosts. Users and hosts are located across the UK, including the cities of Edinburgh, Glasgow, Aberdeen, Manchester, with Leeds coming on board at the end of July. Big names among hosts include Moxy Hotels, Dakota, Chaopraya and Village Hotels.

The platform currently generates income from charging hosts an annual subscription. Swurf plans to grow the services it offers its communities through the likes of exclusive promotions with venues and specially-tailored additions and filters for the app.

Mr Williams said: “I was attracted to invest in Swurf because it has a real purpose, fills a gap and is building a community. I can see similarities between the Swurf concept and that of the Skyscanner business I co-founded which shook up the travel booking market and has achieved global success.

“Swurf is growing quickly and I can see the potential for it to be rolled out globally as remote working looks set to stay.”

Ms Christopherson: “With my Boda Bars and Restaurants business I was the first host to join Swurf when it launched as I could really see the value it added for me and what a great app it was for users.

“Based on the success in its first year, I didn’t hesitate in deciding to invest in Swurf to support its growth across the UK and then internationally.

“I’ve worked in hospitality for more than 20 years and Swurf is an excellent way for venues to attract customers during quieter times when they are open and paying staff.

“This challenge of low footfall obviously came to the fore during the pandemic, but it is a constant issue for the hospitality sector, especially as outgoings, such as fuel bills and supplier costs, increase. It’s a win-win for Swurfers and venues and I can see it attracting hotels across the world.”

Carla Godsman of Moxy Hotels said: “Moxy Hotels in Scotland are delighted to be partnering with Swurf. We are a unique hotel featuring open communal spaces that are a great location for those looking to grab a coffee (or a drink!) and get some work done.

“Working with Swurf has allowed us to increase our awareness in the local market and become the go-to place for those living within a 20-minute walking range.”