Aberdeen tech start-up CryptoDramz is set to be the first in the world to sell limited-edition Scotch whisky collections using digital Non-Fungible Tokens (NFTs) to verify the provenance and future history of each example.

An NFT representing the first of 20 custom-made whisky sets in its first collection will go on auction on Monday (September 6) at 6pm on the NFT online marketplace, OpenSea.

Each day another unique, irreplaceable digital token linked to another set will join it, with bids on each closing after five days.

The winning bidders will each receive their specially-commissioned vintage oak case - handmade from whisky barrels by Inverness specialist Darach, which themselves are unique because of the variations in the wood - containing a bottle of 25-year-old Talisker single malt, a Glencairn crystal whisky glass engraved with that NFT’s unique number, and a numbered Harris Tweed-covered hip flask and brown leather pouch, also bearing the NFT’s number.

Each sale will be recorded by OpenSea on the Ethereum blockchain, as will any future resales – providing future buyers with a complete verifiable record of the provenance of each example of the collection.

CryptoDramz hopes that by pioneering the use of NFTs to verify the identity and ownership history of collectable limited-edition Scotch whisky sets, it can create a model the whole rare whisky industry can use to reduce the problem of counterfeit Scotch – by allowing investors to focus on only those verified by NFTs.

CryptoDramz is already preparing to release its second NFT-linked collection – a Halloween special. 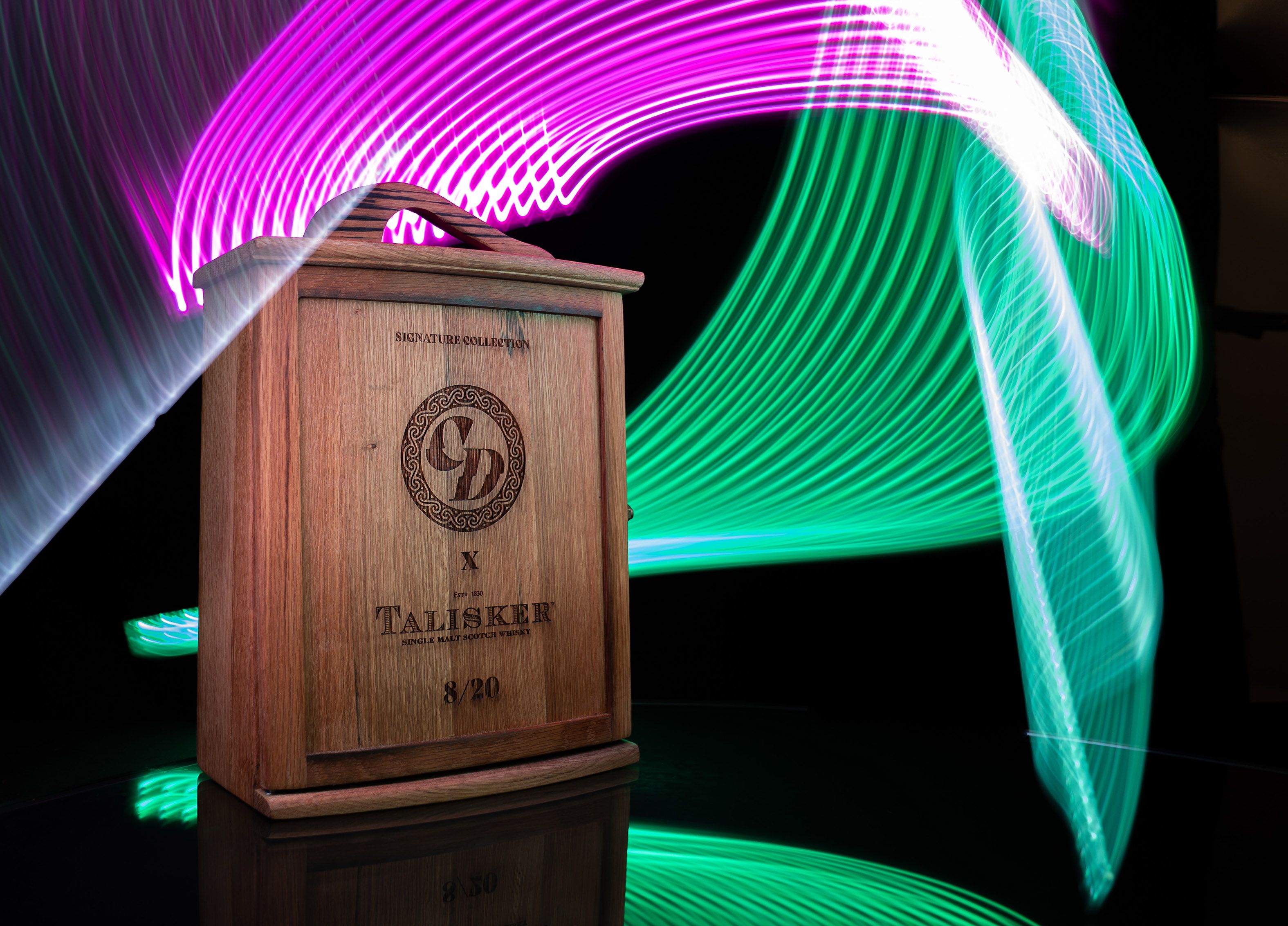 CryptoDramz was founded in March by Robert Gordon University graduates Ryan Aitken, Murdo McCandlish and Joseph McGraw along with American digital finance consultant and investor, Ryan Caudill. Mr Aitken was introduced to digital currencies and their possibilities by Mr Caudill when Aitken studied for a semester at Oklahoma State University in 2018. Their passion for them was later shared by McCandlish and McGraw and the idea for using NFTs to verify and track Scotch whisky collections came to Aitken in March this year.

The firm is now rolling out the first collection auction as proof of concept, with Mr Aitken working as managing director, Mr McCandlish as business development director, Mr Caudill overseeing international expansion and Mr McGraw in charge of communication design, including the design of each NFT.

CryptoDramz is targeting revenue of £400,000 in its first year from sales of each of the limited-edition collections it will create, plus the 10 per cent royalty it will get from future resales of them by owners.

Speaking about the innovation, Ryan Aitken said: “We regard this digitisation of Scotch whisky as the next logical step for the industry. We want people to copy us to help reduce the problem of counterfeit Scotch.

“We also see a significant opportunity for Scotland to reinvent itself on the world stage by embracing and utilising blockchain technology to rejuvenate its economy and show how innovative it can be.”