A study backed by Barclays has found that financial terminology such as ‘pension’ ‘stockbroker’ and ‘FTSE’ triggers biological stress reactions such as sweating and an increased heart rate in humans. 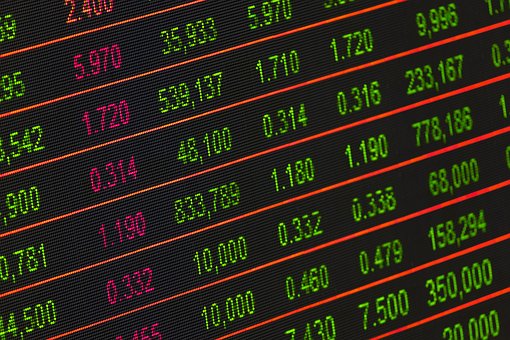 The bank hired i2 Media research at Goldsmiths University of London to test the reaction of 60 people to certain words. Participants were presented with 100 colour-word combinations and their reactions were compared with the response times and error rates of both neutral and financial terms.

The report found that two-thirds of participants responded to financial jargon in ways that indicated increased anxiety, while 17% reported that they broke out in a sweat, 44% reported an increased heart rate and 23% reported feeling muscle twitches.

The study correlates with a Barclays survey that shows three-quarters of Brits do not feel confident enough to invest their cash on the stock market, with a quarter of people feeling just as worried by the thought of investing as skydiving.

According to the Barclays survey, British people believe that investing in the market is one of the most difficult skills to learn, with 44% believing it is tougher than mastering computer coding and 29% believing it harder than ballroom dancing.

Part of this is due to a lack of understanding of financial jargon, as one in ten mistook a ‘blue-chip stock’ for a poker move and almost a third believed a ‘bull market’, a market in which share prices are rising, was a place in Birmingham.

While men had stronger adverse reactions to the financial terms in the test, they have more confidence in their ability to understand finance and investments.

Younger participants were more comfortable with the test than their older peers.

Ross Dalzell, head, Barclays Smart Investor, said: “This fear of investing could have a real impact on people’s future financial health as, whilst you could lose money, investing offers the potential of higher returns than traditional cash savings over the longer term.

“Our experiment has proved once again how the language we use has real impact on people’s confidence in investing. It’s clear that the industry needs to rethink the way we talk about investing and, off the back of this experiment, we’ve committed to a review of our platform to simplify the language that we use and start to break down some of the known barriers.”