A New Culture of Collaboration 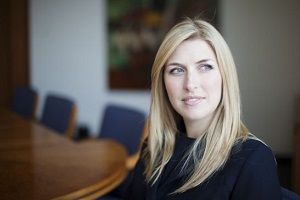 Rona Dennison is a director at Burness Paull

At the Scotland Food & Drink AGM and Annual Conference last week, CEO James Withers cited a new culture of collaboration as a key factor in the impressive 20.8 per cent rate of turnover growth in Scottish food and drink manufacturing over four years.

To put this into context, he added that the rate of growth for the UK as a whole was just 8.6 per cent for the same period.

Withers believes that this culture of collaboration makes Scotland stand out and is viewed by other countries as a model to follow, and noted that representatives of several other countries have visited Scotland to see how we do things.

Also speaking at the event, Dougal Sharp, Chairman of recently launched The Brewers’ Association of Scotland (TBAS) and founder and CEO of craft brewer Innis & Gunn commented that TBAS has a great existing association to look up to in the Scotch Whisky Association (SWA) as it drafts its roadmap to support, promote and protect the craft brewing industry. Following the lead of the SWA and TBAS, and producers of Scottish rapeseed oil, Scotland’s cheese makers are the latest group who are looking to join forces and create a trade body to safeguard their craft.

A panel of collaboraters and exporters, including Alastair Dobson of Taste Arran, Paul Grant of the Scottish Dairy Growth Board and Graham Young of Seafood Scotland, spoke of the importance of the businesses of “SME-heavy” Scotland working together to develop their collective brand and boost export sales, which have now broken through the £1bn barrier in food alone.

However, Mark Thomson of research, data and insights consultancy, Kantar, warned that producers should not focus too narrowly on the appeal of their products’ “Scottishness” to consumers, particularly when exporting to neighbouring £94bn market, England and Wales. He said that shoppers in the multiples throughout the UK consider factors including price, health, relevance to occasion and quality, as well as origin, when perusing the aisles.

Tom Lewis, chef and proprietor of Monachyle Mhor, looked closer to home and with infectious enthusiasm emphasised the need to “get the Scots eating Scottish!”

Rounding up the conference, Richard Lochhead, Cabinet Secretary for Rural Affairs & Environment, proudly confirmed that “the growth in the sector in Scotland has outstripped anything seen in the UK before”. Yet he noted that we need greater collaboration to achieve greater resilience and announced that the Scottish Government, together with Scottish Enterprise, has agreed to continue to support Scotland Food & Drink over the next three years. He stated that the new funding “will be used to ensure that we enhance the partnership approach that has already worked so well”.

Lochhead closed by urging those present to collaborate in telling Scotland’s story and to use social media to publicise great Scottish food and drink. #tastescotland, it seems, is the excuse we’ve all been looking for to eat and drink more of our fair nation’s wares.