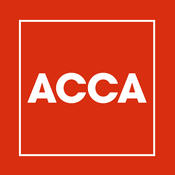 Ahead of this year’s Scottish exam results day, accountancy professional body ACCA Scotland is urging young people to remember there’s no wrong way to start a career in finance and accountancy.

The professional body has highlighted the range of starting points to become a qualified accountant, irrespective of school exam results, including Foundation, Modern and Graduate apprenticeships in Scotland, alongside traditional work-while-study routes as well as self-study.

Susan Love, strategic engagement lead, Scotland, said: “No matter your ambitions, we know that accountancy qualifications and the understanding of business they deliver, open doors to a wide range of employers.

“We strive to ensure our qualifications are as accessible and flexible as possible because we know that many of our members have overcome a range of setbacks and disadvantages to carve out successful careers in finance, making a fantastic contribution to Scotland’s economy and society along the way. The #NoWrongPath campaign is an opportunity for us to celebrate the success of our diverse membership and to offer support and reassurance to our future members.”

ACCA member David Nicholls is one of many who has added his support to the campaign. After having no clear idea of what he wanted to do while at school, he left with poor exam results to begin a university course but dropped out at the end of his first year. After working for a few years in different jobs with no particular career plan, he began a role as an accountancy trainee, studying for the ACCA Qualification in his spare time. He qualified in 2015 and is now a partner in Glasgow accountancy firm Brett Nicholls Associates.

David Nicholls added: “Although I didn’t have a clear sense of what I wanted to do when I left school, I felt disappointed by my school exam results and I felt I lacked options. I envied (still do!) people who knew what they wanted and set out to achieve it. I started a course at university because in my circles and at that time a university degree was what most people did and it was expected. The subject wasn’t right for me but I had very few options - my heart wasn’t in it and in the end I dropped out at the end of first year.

“After working for several years in an unfulfilling job I decided to explore accountancy and was relieved to discover that it was still possible to qualify through the mature student entry route. By this time I was married and started a family the same year I began studying ACCA. Life was busy and studying in the evenings was a challenge, but it felt worthwhile and I knew I had an end goal to work towards. I’d say to any young person that it doesn’t matter if you don’t know what you want to do, or if your plan takes a few wrong turns, because it’s never too late to find the career that’s right for you.”