Alan Meek: Limited liability - not all it is cracked up to be 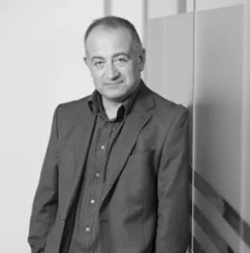 Limited liability is one of the fundamental concepts in our understanding of company law.

Even people who know very little about the working of limited companies may know that directors and shareholders are not liable for the debts of their companies. For the last 160 years, the protection of limited liability has been a key factor in economic growth and commercial activity as it has allowed entrepreneurs to speculate and take risks that they might not have been willing to do if the risk of personal liability overshadowed their decision-making.

But limited liability is not absolute; rather it is subject to numerous exceptions. This is particularly true in the context of insolvency and distress (which are of course the very contexts in which the protection of limited liability might be most needed). There have always been exceptions to the principle of limited liability and over time additional statutory provisions have made further inroads into the concept.

In this two-part article, we highlight for directors some of the main ways in which the general protection of limited liability does not apply or can be lost.

Part one of this article discusses those exceptions to the principle of limited liability that arise in insolvency or distress situations. Part two deals with the provisions that have more general applicability.

It is often stated that when a company is in distress and is at risk of insolvency, the general common law duties that directors owe, switch from being owed only to the company, and instead become owed to creditors. The exact point at which that switch occurs is not always easy to identify, but the risk of insolvency becomes a key point at which the directors have to focus on the effect of any insolvency upon creditors. The directors must factor that into their decision-making at that crucial time.

The risk of personal liability for directors increases at that point and various statutory provisions have been enacted to supplement the general common law duty to consider the interests of creditors.

For the avoidance of doubt, if the directors of a company are found to have wrongfully traded, they are not guilty of a criminal offence. Despite what creditors will often claim in an attempt to intimidate directors, it is not “illegal” or “unlawful” to continue to trade while unable to meet all liabilities. The consequences of wrongful trading are a wholly civil matter and indeed wrongful trading proceedings can only be carried out by a liquidator or administrator. Creditors have no ability on their own part to take such proceedings against directors and again any threats by creditors to do so are misguided.

The purpose of the wrongful trading legislation is really to encourage directors to act responsibly as regards the company’s creditors when insolvency is looming. If they fail to do so, the directors can be made subject to an order requiring them personally to contribute to the deficit to creditors in the subsequent insolvency (which of course overrides the general principle of limited liability).

Section 214 of the Insolvency Act 1986 sets out the provisions relating to wrongful trading. In very basic terms, what the section states is that any director who allows the financial position of a company to continue to deteriorate, when it should be obvious to them that insolvency is inevitable, can be made to contribute to the shortfall caused by that deterioration. In short when the directors should know that there will be an insolvency, they should ensure that they do not make matters worse.

A key part of the test then is the point at which the directors should appreciate that the company has no reasonable prospect of avoiding insolvent liquidation. Once that point is reached, the directors should thereafter take every step that is practicable to minimise the loss to creditors. If they fail to do so, then the risk of being pursued for wrongful trading arises.

The application of these provisions to the particular circumstances of any company is rarely a straightforward exercise. Even the simplest businesses have a degree of complexity about them and for most companies, working out when insolvency can be said to be inevitable and what can then be said to be the appropriate steps that a director should take in connection with that particular business in its unique circumstances at that time, can be extremely difficult. Because of this complexity it can be hard for directors to fully understand the application of the wrongful trading provisions to their own situation. Given this, it is essential that directors take appropriate legal advice at the earliest possible point to minimise the risks of personal liability that they may face.

It is often the realisation that there is a risk of personal liability that motivates directors to take the final decision to cease trading and start insolvency proceedings. In this way, the wrongful trading proceedings achieve their objective by influencing the behaviour of directors to minimise the loss to creditors.

Of course, where directors commit fraud in a business, they cannot expect the protection of limited liability in respect of their fraud.

Section 213 of the Insolvency Act 1986 contains a specific provision relating to fraud. Where a company goes into liquidation, and it can be shown that the business has been carried out with an intention to defraud creditors or for any fraudulent purpose, then the directors who have been knowingly involved can be made liable to personally contribute to the assets of the company.

This Act contains the director disqualification scheme. In every insolvency a report on the conduct of the directors will be prepared by the insolvency practitioner and submitted to the government. The government’s Insolvency Service will then determine if it is in the public interest for proceedings to be taken against a director to disqualify that person from thereafter acting as a company director.

If in due course, a director is disqualified, a court may also make a compensation order against the director. The court may do so if it considers that the conduct for which the director has been disqualified has caused loss to one or more creditors of the insolvent company. Such a compensation order would therefore have the effect of rendering a director personally liable in respect of the liabilities of the company.

In 2020 new provisions were introduced to address a concern that insolvency processes were being deliberately abused to avoid tax liabilities. The provisions allow HMRC to issue a Joint Liability Notice on an individual in certain circumstances.

Directors can now be liable for the unpaid tax of a company where the following conditions are satisfied:-

The effect of the legislation is that in the particular situations set out above an individual could become jointly and severally liable with the debtor companies for any unpaid tax for the five years prior to the Joint Liability Notice being served.

It will be apparent that for a Joint Liability Notice to be issued, certain conditions first need to be met and so in the absence of those conditions, there is no risk to directors under these provisions. This is because these provisions deal specifically with a particular policy concern about conduct involving insolvency and dissolution processes aimed at deliberate non-payment of tax.

This Bill is currently under consideration in Parliament. It is expected to be enacted during 2021. The Bill addresses concerns that directors may have intentionally used the process of dissolving a company as a means of avoiding scrutiny of their conduct.

In any liquidation or administration, the conduct of the directors prior to insolvency will be considered by the liquidator or administrator and (as noted above) may give rise to disqualification proceedings and a risk of a compensation order under the Company Directors Disqualification Act 1986. Currently however, where a company is dissolved without a formal insolvency process, there is no mechanism that allows for scrutiny of the conduct of the directors.

The provisions in the Bill would grant to the Secretary of State a power to instigate proceedings against the directors of dissolved companies. That process could then lead to disqualification proceedings or a compensation order under the Company Directors Disqualification Act 1986. Additionally, where the actions of the directors have caused an identifiable loss to the creditors, an order to compensate creditors may be sought and once again that would expose the director to personal liability.