Alex Tait: What impact will the Autumn statement have on Scotland’s economy? 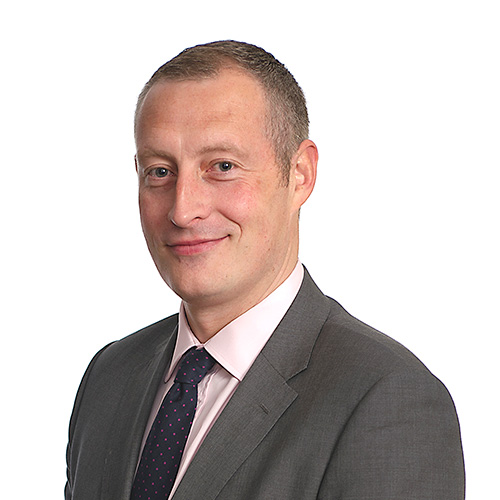 Alex Tait gives his views on the impact the forthcoming Autumn Budget could have on Scotland.

As businesses and individuals watch inflation reach double digits and interest rates climb to levels that many have not seen in their working lives before, what do these, along with the Westminster Autumn Statement, followed by the Holyrood budget, potentially mean for Scotland’s economy?

Recent political turmoil upset the markets at home and internationally, and the result was that all businesses suffered from a real degree of uncertainty about what was ahead.

On appointment as chancellor, Jeremy Hunt quickly set about reversing almost all the more controversial tax changes and this, along with Rishi Sunak being appointed Prime Minister, has, it seems, steered a course for steadier, if potentially more austere, times. After all the recent announcements and u-turns it seems foolish to make too many policy predictions, but it’s worth considering the more macroeconomic considerations.

The upheaval in the Conservative party, and the accompanying polls showing Labour to be well ahead have been less directly reported in Scotland, but the potential collapse of the “blue wall” might well lead to changes at Holyrood too. The SNP became the dominant party in Scotland as a result of a dramatic fall in labour support as the electorate here became disengaged from the less traditional new labour of the late 1990s and early 2000s. As the newer version of Labour has come to the fore in England there is a chance that this pushes their support in Scotland up, creating a different power structure in Holyrood which has seen the SNP in complete charge for a decade. Whilst there is no guarantee of this, it does potentially alter the economic environment, and in turn the likely approach to tax and investment. Is there a chance all this puts the much-lauded levelling up agenda across the UK in jeopardy?

Deputy first minister for Scotland, John Swinney, has recently announced over £1bn of cuts to the public budget, which is some 2% of total spend, highlighting inflation as the reason. This hits at the very heart of the Scottish economy, as Scotland employs significantly more people in the public sector than the majority of England. Cuts in investment include colleges and healthcare infrastructure, specific care programmes aimed at mental health and a delay in the roll out of improved broadband to more remote areas.

As well as affecting the public sectors and communities, these cuts will have a knock-on effect in key industries such as construction, education and healthcare, three of Scotland’s biggest employers.

All of this leads to a number of questions in advance of 17 November in Westminster and 15 December in Holyrood:

What is a sustainable level of inflation and base interest?

Many economists believe that interest levels have been too low for too long, and Scottish business has operated successfully in significantly more challenging environments before. Indeed, in 2008 when the financial crisis hit, Scotland was relatively quick to bounce back into positive growth, despite the challenges in the financial services sector. What is key is certainty of operating in the current economic environment.

How can businesses protect themselves and their stakeholders?

What is undoubtedly crucial for Scottish businesses is that that they are working in partnership with providers of finance, advisors, staff and other stakeholders to manage the risks that come with these higher inflation and interest rates.

So far in Scotland we are not seeing significant increases in the number of businesses that are going to the wall as a result of the economic conditions, but with the Bank of England predicting a recession lasting two years, and the same timescale before interest rates and inflation level off, there is a risk that more businesses will fail.

What can Holyrood do to help?

The Scottish Government must make decisions that assist business as far as possible to mitigate this, as the key to a thriving Scottish economy is wealth creation, which at its most basic is a country of successful businesses with well remunerated employees. It is not an option to operate in a vacuum, and business leaders across all sectors should be consulted to help highlight their concerns and take action to address these.