Ant Workshop, the BAFTA-nominated games studio based in Edinburgh, has secured a seven-figure sum from Chroma Ventures that will enable the development of new titles, including one it hopes to bring to market next year. 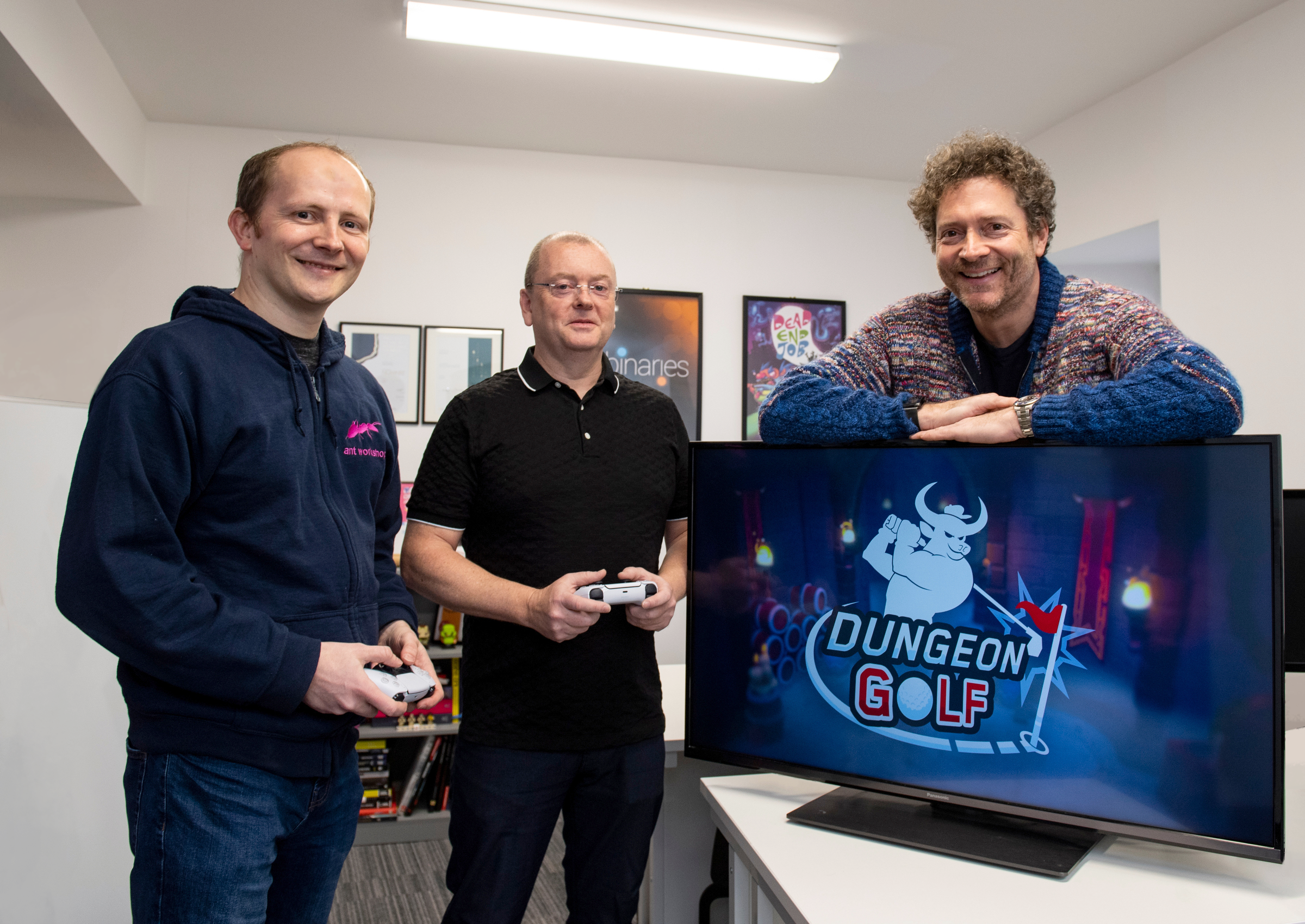 Chroma Ventures is the investment arm of Dundee-based 4J Studios. The investment will allow the independent firm to devote more time and resources to developing Dungeon Golf, a concept the team recently created.

Ant Workshop was founded in 2015 by Tony Gowland. A games designer with more than 20 years’ experience, he had held senior positions at Rockstar Games – where he worked on major global hits like Grand Theft Auto: Stories series and Red Dead Redemption –and ActivisionBlizzard, which Microsoft agreed to acquire this month for $70bn. Gowland’s vision for his own studio, which celebrates seven years in business this month, was to focus on developing original intellectual property (IP) with a quirky sense of humour.

Ant Workshop’s first title was Binaries, a BAFTA-nominated puzzle platform game, which was followed by the Scottish summertime simulator Taps Aff, and most recently the Apple Arcade launch title Dead End Job, a 1990s cartoon-style shooter game. As well as developing its own games, Gowland’s team has brought more than a dozen other titles to current and next generation console platforms.

Mr Gowland will recruit two new full-time employees and additional freelance talent to supplement his existing team of eight developers, whose combined experience extends to more than 40 video game titles. Ant Workshop received a grant from the UK Games Fund last year to develop a prototype of Dungeon Golf, in which minotaurs, goblins, and other mythical creatures compete with one another.

Tony Gowland, founder of Ant Workshop, said: “I’m incredibly excited for the future and what Ant Workshop will be able to achieve with Chroma Ventures’ investment. It not only allows our team to focus exclusively on making our new IP and games the very best they can be, but enables us to tap into the vast experience Chris and Paddy bring, both in terms of developing games and businesses.

“The idea for Dungeon Golf stemmed from a family holiday and watching my six-year-old daughter playing mini-golf with my mum. It struck me that a game like that is a great leveller in that everyone understands the basic concept and regardless of age or ability you can all have fun playing together. We then started to imagine how some of the classic characters found in dungeon crawler games would perform on a golf course and quickly realised we could have a lot of fun mashing the two worlds together.

“If a game is designed well and genuinely family-friendly, there’s no reason it can’t bridge the generations and bring people together in a way that is fun and appealing for all. If we get this right, I’d love to develop a series with different variations on the theme over the next few years.”

Chris van der Kuyl, principal of Chroma Ventures, added: “Tony is an experienced and highly talented designer who has gathered an exceptional team around him to deliver great content across multiple platforms. We love their work and the quirky sense of humour that runs through the games they develop. They make games most parents would be happy for their kids to play and that they could find themselves drawn into quite quickly too.

“Having a brilliant concept for a game is just the start. Studios need time and space to focus fully on developing those unique ideas and making them the best they can be. We hope this investment will allow Tony and his team to concentrate on this project and we can’t wait to watch it take shape.”