Badas Bill a welcome step in the right direction 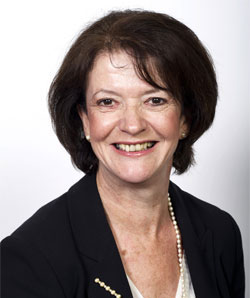 Eileen Blackburn is partner and head of business recovery at FD Debt Solutions, and chair of R3’s Scottish Technical Committee

Amongst other measures, the Bankruptcy and Debt Advice (Scotland) Act, which comes into force in April 2015, seeks to ensure appropriate debt relief and management and includes mandatory provision of money advice.

As such, it deserves a cautious welcome, though, perhaps appropriately, the Bill represents the Scottish Government’s adoption of something of a ‘bad ass’ attitude towards debtors; a turnaround from its historic position.

A key part of the website is a Financial Education module which aims to help people to manage their money to stop any future problems. The website also allows users to search for their local credit unions and find out about the products offered by them, and to search for approved money advisers.

Yet the Government’s new-found ‘bad ass’ attitude can be found in the fact that the period for making a contribution will now be increased from three years to four and the fact that there will be no automatic discharge in the future, requiring a degree of proactivity on the part of the trustee to confirm that a debtor is deserving of a discharge from the obligations of bankruptcy.

The Bill represents a welcome move to modernise legislation, which is to be lauded, as is the division of the duties within Accountant in Bankruptcy (the agency of the Scottish government with responsibility for administering personal bankruptcy processes; administering the Debt Arrangement Scheme (DAS) and recording corporate insolvencies in Scotland) at managerial level.

Yet whilst the stated policy objectives of the Bill might are to: ensure that people have access to fair and just processes of debt advice, debt relief and debt management; ensure that those individuals who can, should pay their debts and to secure the best return for creditors by ensuring the rights of debtors and creditors are balanced, the underlying impetus behind the bill is a cost-cutting exercise.

AiB has a policy objective to move towards full cost recovery and this Bill represents an attempt to further streamline government costs. Insolvency Practitioners acting as Trustees will take on a greater administrative burden and at the same time the Act removes some procedures out of the courts, which has led to some concern that some aspects of sequestration that many Insolvency Practitioners believe require some judicial input will be treated as little more than an administrative procedure.

Given that the policy objectives for the Bill are that the government will deliver a debt relief and debt management system for the Scottish population that’s fit for purpose; to provide a return to creditors as far as is possible; and that debtors, if they can pay, will pay some sort of contribution (the extension of that being that assets will be realised when they can be realised) then the difference between what the debtor can contribute and what the creditor receives are the expenses – and that’s where any cost-cutting measures will take place.

And the introduction of MAPS (Minimal Asset Process) will provide a lower entry fee (£90 for the application rather than the standard £200) and a six month discharge for the smallest cases.

Happily, the Badas Bill is scheduled to come into effect at a time when the number of Scottish businesses going to the wall is continuing to fall, with the latest figures published by AiB showing that the number of liquidations and receiverships has dropped for the second successive quarter

It fell almost 8% in the three months to the end of December, and by almost 16% compared with the figure in the corresponding quarter of 2013-14. The trend was even stronger with personal bankruptcies, which have fallen to levels not seen since before the economic downturn in 2007-2008.

Ultimately, of course, despite introducing some welcome reforms, the Badas Bill is all about the money.