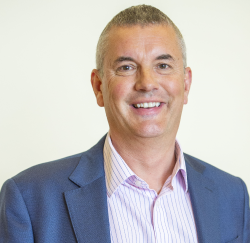 Business confidence in Scotland rose 14 points during May to 42%, the highest reading since June 2021, according to the latest Business Barometer from Bank of Scotland Commercial Banking.

Companies in Scotland reported lower confidence in their own business prospects month-on-month, down three points at 31%. When taken alongside their optimism in the economy, up 31 points to 52%, this gives a headline confidence reading of 42%.

Scottish businesses flagged a range of growth opportunities for the next six months, including entering new markets (38%), evolving their offering (34%) introducing new technology (23%) and investing in their staff (23%).

A net balance of 39% of businesses in Scotland expect to increase staff levels over the next year, up 13 points on last month.

Overall UK business confidence increased by five points during May to 38% - its highest level since February. Firms’ outlook on their future trading prospects rose three points to 42%, and their optimism in the economy increased seven points to 33%. The net balance of businesses planning to create new jobs also increased by 11 points to 37%.

Every UK region and nation reported positive confidence readings in May. Along with Scotland, London (up 23 points to 63%) and the North West (up 12 points to 44%) reported the largest increases month-on-month, with London now the most optimistic region overall. The East of England, which experienced a 20-point dip in confidence in the last month, is now the least optimistic overall, at 14%.

Fraser Sime, regional director for Scotland at Bank of Scotland Commercial Banking, said: “While the past few months have presented a myriad of challenges for Scottish firms, it’s encouraging to see business confidence continue to rise in May. With a busy summer for many ahead, businesses will be hoping the cost-of-living crisis doesn’t quell consumer demand too severely.

“This will be the first restriction-free summer in Scotland since 2019 and firms will need to closely manage their working capital to ensure they are ready for any peaks and troughs in demand. Doing so will ensure they remain resilient and can take advantage of what we hope can still be a profitable period for businesses up and down the country.

“We’ll remain by their side to help them overcome further headwinds and capitalise on opportunities for growth.”

From a sector perspective, retail confidence fell two points to 27%, remaining lower than the all-sector average of 38% in the last three months. The confidence level is also the lowest since March 2021 as pressure on household real incomes weigh on spending prospects. In contrast, there was a 21-point rise in construction to 54%, while manufacturing sentiment remained resilient, up two points to 45%. Confidence in the services sector reached a three-month high, increasing 4 points to 36%.

Paul Gordon, managing director for SME and Mid Corporates, Lloyds Bank Commercial Banking, added: “It is reassuring to see a number of positives coming out this month as businesses show that despite challenges, confidence is increasing once again. However, it is understandable that there continues to be caution around the future, given inflationary pressures and potential for economic slowdown.

“In response, businesses should ensure they keep a tight rein on input costs to help support profit margins and keep working closely with their suppliers and customers to ensure any changes in supply or demand are noticed in good time.

“If businesses are struggling or are unsure of what action they need to take, I would encourage them to reach out to seek advice. We remain by the side of businesses to help them navigate any challenge they face.”

Hann-Ju Ho, senior economist Lloyds Bank Commercial Banking, commented: “Business confidence improved this month and firms in general seem able to rebuild some of their margins through price increases. However, they also report several challenges ahead, including concerns around higher costs and an economic slowdown. More immediately, consumer-facing industries, such as retail, are not feeling the same confidence uplift amid the widespread reports of a squeeze on household incomes.”