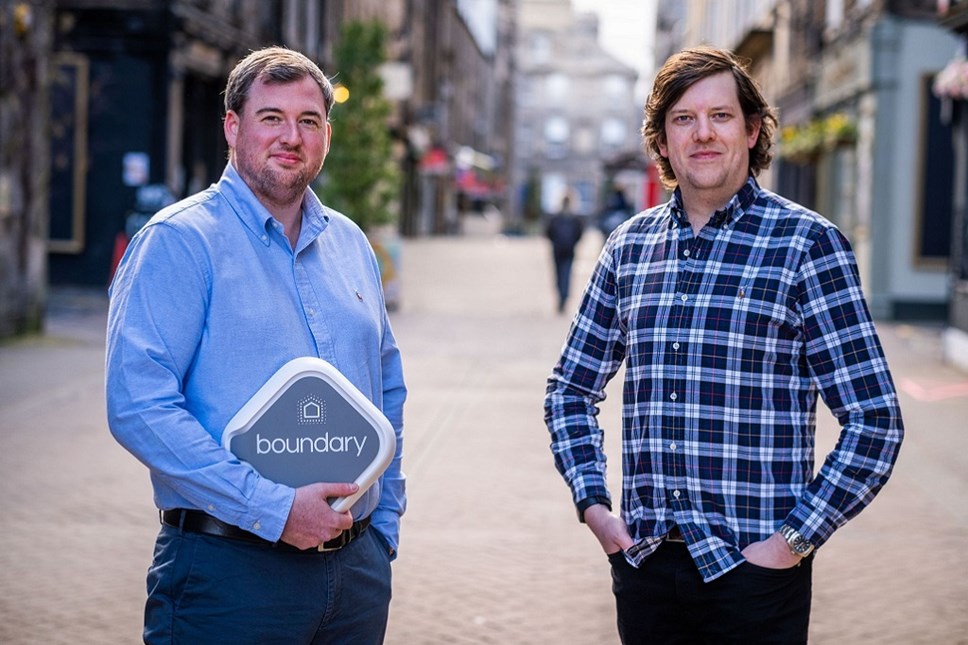 The £1.5m investment from Skyscanner’s Gareth Williams represents his biggest angel investment to date, while the remainder of the funds comes courtesy of existing Boundary shareholders Scottish Enterprise and Equity Gap.

The start-up launched its first product in March – a DIY smart home security system - using cutting edge technology to solve the problems of traditional alarm systems and disrupt the sector.

The solution is constantly evolving; this week an in-app panic alarm function that activates the outdoor siren has just been released, as well as Google Home, Alexa and IFTTT integrations.

The funds raised will be used to expand the already-fast-growing business over the coming 18 months, by growing the team and the business while further developing the product and its technology, all with the view of supporting a further, more ambitious investment round in the future.

In addition to developing the crime information-sharing network, Boundary is immediately doubling its team from 9 to 18. Three of these will be responsible for the delivery of the network, while roles in design, development and community management are also being filled.

Amid expansion, Boundary’s primary focus this year centres around the growth of the alarm system, while the development of an AI camera system will continue into 2021.

Founders Robin Knox and Paul Walton and chairman, Richard Lewis, are also investing a substantial sum of their own money each in this investment round.

Robin Knox, CEO of www.boundary.co.uk, said: “This is hugely exciting news and is a change of trajectory from our original, more modest ambitions - we are now set on the path for Boundary to become a top-tier European home security business. To have someone with the calibre of Gareth giving our product his backing and mentorship is incredible; we have massive plans for the future.”

Scottish Enterprise has been a supporter of Boundary from an early stage, providing the company with advice and grant support in addition to investment.

Jan Robertson, interim director of Growth Investments at Scottish Enterprise, added: “Bringing Gareth on board is a boost for Boundary’s founders whose proven entrepreneurial track record has been a major factor in the remarkable growth enjoyed by the business already. We look forward to continuing to work with the company as it develops its products, attracts further investment and breaks into new markets.”