Scottish B Corp brewer Brewgooder has announced new contract deals with two of Scotland’s most renowned craft brewers – Fierce Brewing and Williams Brothers – as it gets set to fulfil an order book of more than £5 million annually by 2024. 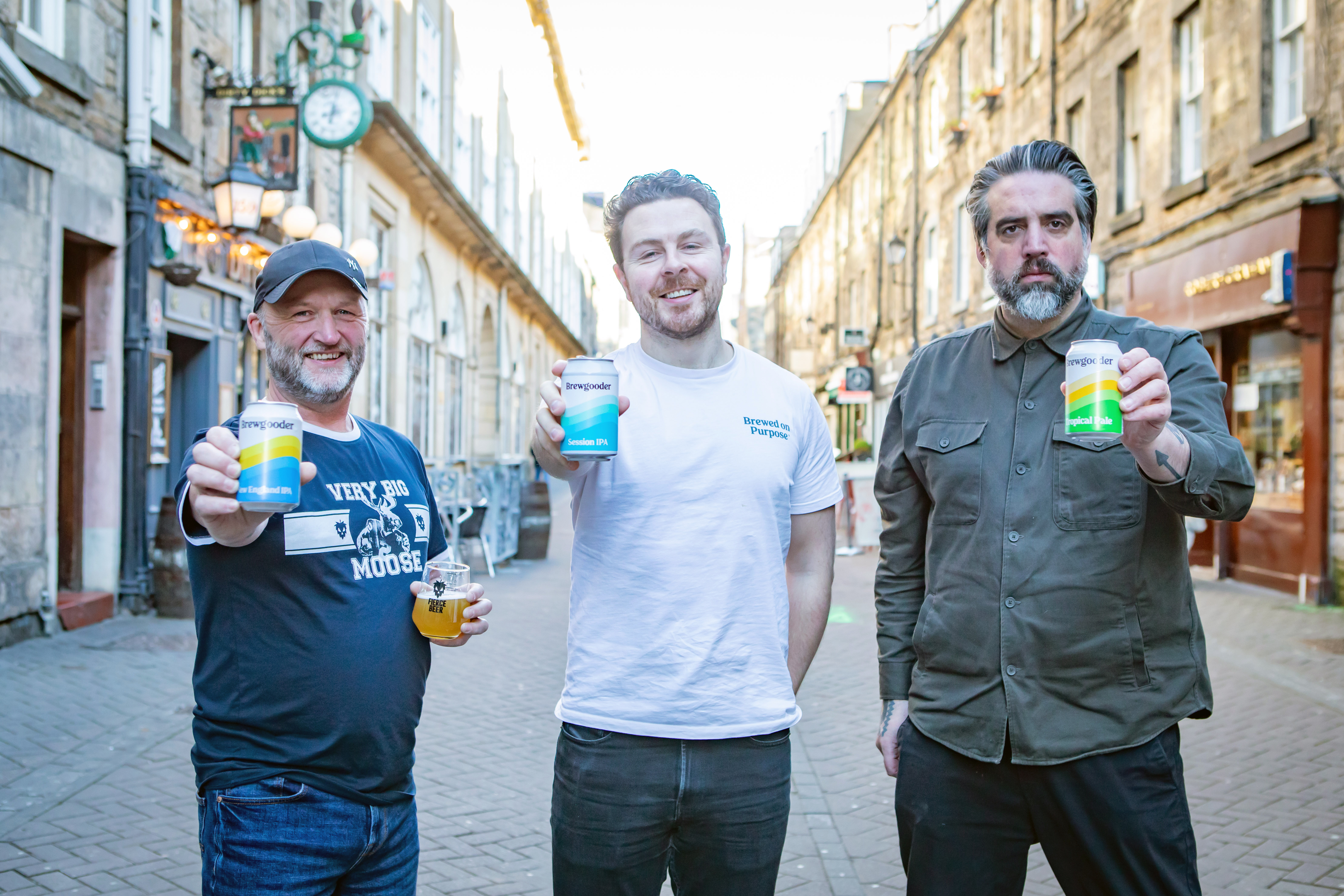 Brewgooder, which uses a “fully-distributed” brewing model to maximise production capacity while minimising its carbon footprint, has struck deals which will see the firm introduce at least six new beers and pack formats to customers UK-wide, including the Co-op, Asda and Mitchells & Butler.

The deals come as both Alloa-based Williams Brothers and Aberdeen firm Fierce Brewing announce a major investment into improving their brewing facilities.

In September last year, Williams Brothers invested a six-figure sum into new equipment capable of canning up to 16,000 beers per hour on top of enhanced multi-packing features. Meanwhile, Fierce is moving into a new facility that will see the brewery double capacity over the next 12 months, with space for further expansion.

Through the partnerships, Brewgooder is maintaining its commitment to sustainable brewing, with Fierce recently installing PV panels to help power its facility, and recycling grain by sending it to farmers for feed.

The brewers’ location in central Scotland and the north east means Brewgooder continues to brew on its home turf – meaning the beers need travel no more than 50 miles to reach the majority of its customers.

Alan Mahon, founder of Brewgooder, said: “The Brewgooder message is spreading farther and wider, and we are now firmly established as the foremost purpose-led brewer in a category where consumers are increasingly demanding purpose from brands.

“Consequently, we’ve seen demand for our beers surge in the past 18 months and that is set to accelerate in 2022 and 2023. We have developed a range of new, accessible, and uncompromising beers in-house for 2022 to continue that momentum.

“Our ‘distributed’ brewing model allows us to put these recipes to work with the very best brewers in the country while keeping environmental sustainability front and centre.

“Both Williams Brothers and Fierce are best-in-class partners who we truly admire because they make quality craft beer. We are excited to be entering the next phase of growth with them.”

The partnership will help Brewgooder unlock more than 100m litres of water this year.

Scott Williams, founder of Williams Bros, said: “The whole brew team at Williams Bros is delighted to join Brewgooder on its mission. It’s a lovely opportunity to widen distribution and awareness of our brewing capabilities with the added glow of helping the guys help others.”

Dave Grant, founder and MD of Fierce Brewing, added: “We’re incredibly excited to team up with the amazing team at Brewgooder and play a part in helping them continue their outstanding work to empower communities and make clean water accessible for everyone around the world. We’re excited to play a very important role by helping them to make great beer!”