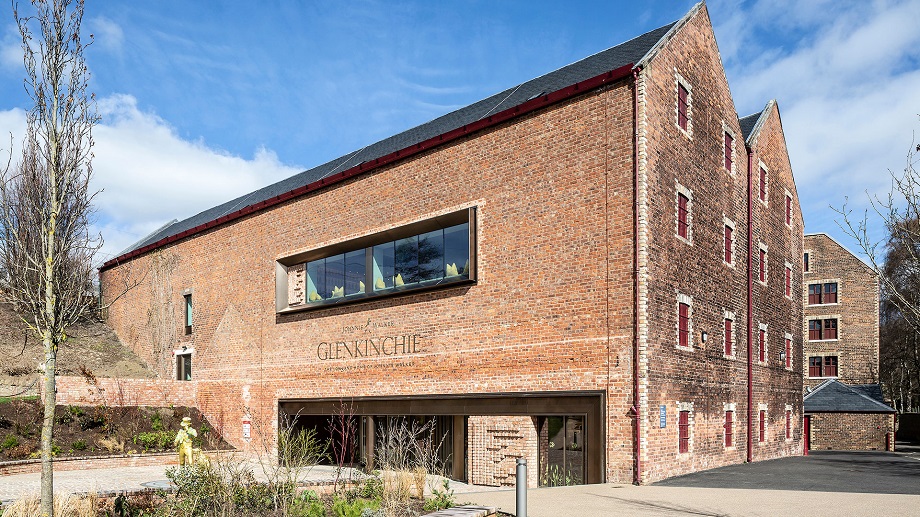 At a visit to Glenkinchie Distillery, trade secretary Kemi Badenoch has announced that markets over £100 million have been unlocked for UK alcohol companies.

The new export markets became available as trade barriers that deterred alcohol sales to multiple countries across South America and Africa are broken down.

The trade secretary toasted the news on a visit to Glenkinchie Distillery to meet the whisky-makers set to benefit. Located near Edinburgh, the Victorian distillery has recently been transformed as part of a £185m investment in Scotch Whisky tourism by Diageo. Glenkinchie is the Lowland home of Johnnie Walker.

The newly resolved barriers add to an ever-growing list of obstacles to trade removed in the last two years – now totaling more than 400 barriers across 70 countries.

Ms Badenoch said: “Every week we remove a trade barrier somewhere around the world. From whisky in Argentina to gin in Angola, we’re slashing red tape and opening access to new markets and new customers.

“With these trade obstacles gone and more to follow, my message to UK businesses is clear – make the most of the huge global appetite for your fantastic products and sell to the world.

“As we line up deals with huge markets around the globe, including India and CPTPP, I can’t wait to celebrate the even greater wins which lie ahead.”

They follow an announcement in June of an ambition to unlock export opportunities worth more than £20bn by resolving a ‘hit list’ of around 100 priority trade barriers around the world.

Negotiators are also currently working on a free trade agreement that could lower tariffs and simplify other issues like customs to help distilleries sell to India.

The UK exported £146m worth of whisky to India last year from distilleries such as Glenkinchie but faced steep tariffs of up to 150%.

With India forecast to become the world’s third-largest economy with a middle class of a quarter of a billion by 2050, any greater access to the market could be hugely significant for UK businesses.

“We want to see a deal agreed, but not any deal. To deliver for the industry, any agreement must open up the market to more Scotch Whisky producers, which will in turn generate hundreds of new jobs across the UK, hundreds of millions of pounds of additional exports, and boost investment and revenue in India.

“The ongoing negotiations are a once in a generation chance to give more Scottish distillers the opportunity to do business in India. That is the scale of the prize on offer.

“We look forward to working with the Trade Secretary to deliver continued growth for the Scotch Whisky industry in India, and other key global markets.”

Ewan Andrew, president of global supply chain and procurement at Diageo, said: “It was a pleasure to welcome the Secretary of State to Glenkinchie to see how we are investing in the future growth of Scotch whisky, with all the powerful economic benefits that brings to Scotland and the United Kingdom.

“The UK-India Free Trade Agreement is a truly once in a generation, transformational opportunity for Scotch Whisky and we hope today’s visit will have given the Secretary of State a real understanding of our industry and the positive impact the India FTA could have on the sector.”

A trade deal with India would be the latest in a long line of wins for the drinks industry, including:

The UK also continues to work towards accession to the Comprehensive and Progressive Trans-Pacific Partnership. Joining the £9 trillion GDP bloc could reap benefits for alcohol producers in the UK by securing lower tariffs for exports, including whisky.

Pernod Ricard, who own iconic British brands including The Glenlivet, Beefeater Gin, and Chivas Scotch, are also strong supporters of the UK’s trade agenda. They see big benefits both from Free Trade Agreements, and DIT’s work breaking down market access barriers, including helping to resolve recent issues exporting their Scotch whiskies to Morocco.

Anishka Jelicich, UK director of public affairs for Pernod Ricard, said: “UK spirits are winning markets and securing jobs thanks to the UK’s global trade policy. We strongly support the free trade agreements now under negotiation with India and CPTPP.

“We also value DIT’s often unsung work breaking down market access barriers every day across the globe. For example, thanks to DIT’s intervention last year, we were able to resolve Customs paperwork issues which meant we would have had to pay a 49% tariff to Morocco, Africa’s fourth largest market for Scotch whisky.”