Five checks for Scottish property deals ahead of LBTT 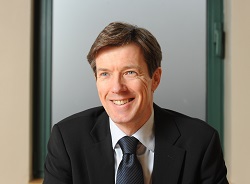 John Macintosh is a tax partner at Deloitte.

April is historically an important month for legislative changes, with a raft of new rules and regulations introduced.

This year is no different, and will herald the introduction of a big change to the Scottish real estate market: the Land and Buildings Transaction Tax (LBTT).

Replacing Stamp Duty Land Tax (SDLT), it will affect all transactions involving the purchase of, and granting of leases over, Scottish property.

Much has been done by the Scottish Government and Revenue Scotland, the new devolved tax authority, to ensure smooth transition from SDLT to LBTT. But, it won’t simply be a case of turning one tax off and flicking the switch on the other.

Taxpayers conducting real estate business in the next few months need to be aware of the special transitional rules that may apply to deals already struck, or leases granted, under SDLT.

Here are five things to look out for when checking if the new rules will affect your transaction:

Generally speaking, any Scottish property acquired, or any commercial leases entered into, on or after April 1 will be taxed under LBTT rather than SDLT. So even if you have already exchanged contracts, but complete after April 1, the purchase will be subject to LBTT.

That being said, some Scottish deals will still be subject to SDLT, although this is not expected to apply to many transactions. In the majority of cases, this will be where missives or contracts were concluded on or before May 1 2012 – when the Scotland Act received Royal Assent – and the contract has not been subsequently changed.

Many property deals, particularly large ones, will involve land located across the UK. To date they have been subject to one tax, but now purchasers will need to consider the additional, separate tax in Scotland.

In cases where a single deal is completing on or after the switch-over date, real estate located in Scotland and England will be subject to LBTT and SDLT, respectively. In addition, neither property will be “linked” with the other for the purposes of each tax’s rule and any further compliance obligations of the purchaser will need to be satisfied under both taxes.

It’s worth noting some important differences between the two tax regimes. Firstly, the time limits for filing a return and paying LBTT are different than those under SDLT.

Secondly, and perhaps most importantly, under LBTT registration of title will become more closely linked to the filing of a return and payment of tax. Purchasers will, therefore, need to ensure they have upfront funds for timely registration and to avoid incurring penalties and interest.

Equally, there are variations in the tax bandings – the principal difference being that higher value property will become more expensive under the Scottish regime. At the same time, the increase in the 0% rate should provide some help to first time buyers and those buying homes under the £325,000 threshold.

Lessees of commercial property will be subject to LBTT much in the same way that they were SDLT, albeit any premium is likely to result in a 0.5% higher charge. However, they will also need to file a return every three years in order to “true up” the LBTT paid from when the transaction took place, based on the estimated rent. Although this is an additional burden, it should mean that they are taxed at a rate more closely aligned with the actual rent paid.

As for holdover leases, indefinite leases, assignations and other types of lease transactions, whether or not they are subject to SDLT or LBTT will depend on their particular circumstances. In some cases, relief may be available to take account of the fact SDLT has already been paid.

There are a number of reliefs for SDLT, in some instances these can bring the tax due down to 0%. However, it’s worth bearing in mind that some of these are subject to withdrawal or claw back. Tax relief most commonly occurs in cases involving companies within a corporate group, purchases by charities, subsales, sale and leasebacks and property acquired under a scheme of reconstruction.

If relief was claimed under SDLT on a transaction involving land in Scotland, it could still be withdrawn if a disqualifying event occurs on or after the switch-off date. Any new Scottish transactions entered into may be subject to similar relief under LBTT, provided the relevant conditions are met.

While there are many parallels between LBTT and SDLT, the technical application of these rules can be tricky. That’s potentially made more complicated by special arrangements which could apply to transactions caught within the switchover period.

LBTT is a self-assessed tax, so it’s of the utmost importance that taxpayers are aware of their obligations. If you are planning to acquire Scottish real estate in the near future, or are currently leasing property in Scotland, make sure you’re aware of the new rules.