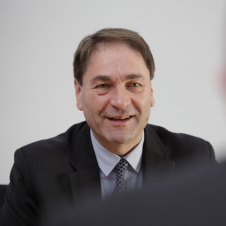 Gordon MacLure, restructuring partner at Johnston Carmichael, details the steps businesses can take now to get some breathing space as the HMRC’s preferential creditor status has now been restored.

The HMRC’s secondary preferential creditor status was restored on 22 July 2020 when the Finance Act 2020 received Royal Assent. This makes HMRC, once again, a priority creditor to pay when a company goes into administration or liquidation after 1 December 2020.

A priority creditor for certain taxes

At the moment, employees are the first creditors on the list to get paid when an insolvent company goes into administration or liquidation but now, from 1 December 2020, HMRC will be next in line to be paid. As a secondary preferential creditor, the priority of payment will now apply to certain taxes that HMRC collects, in this case VAT and PAYE and NIC. HMRC will remain an unsecured creditor for other taxes such as corporation taxes.

It was originally intended for HMRC’s preferential status to be restored from 6 April 2020, but this was delayed as part of the UK Government’s early COVID-19 business support measures to help businesses through the challenging lockdown period.

VAT deferrals and Time to Pay

Another of the support measures introduced was the VAT Deferral Scheme which was designed to assist businesses with their cash flow during the Covid-19 crisis by allowing them to defer until 31 March 2021 the payment of VAT which would have normally become payable between 20 March and 30 June 2020. In addition, HMRC was also encouraging businesses to make use of Time to Pay arrangements for amounts due, or about to become due, for PAYE/NIC and corporation tax and, as a consequence, many companies will now be carrying a significantly higher level of debt due to HMRC than may have been the case five months ago.

It has, however, now been confirmed that HMRC will become a secondary preferential creditor from 1 December 2020 and, therefore, all amounts due to HMRC for VAT and PAYE/NIC at that date will, on an insolvency, will be a priority for a company to pay, before any floating charge holder, which is normally the bank,  or unsecured creditors. As a result, there now appears to be a danger that this combination of events could trigger some of the potential insolvencies which VAT Deferral Scheme and other support measures were designed to avoid.

Potential impact on banks and other lenders

It is possible that HMRC will in the future take a more aggressive approach to pursuing arrears because their preferential status may provide them with a greater prospect of recovery but, politically, that appears unlikely at least in the short term. However, that may not be the case for the banks and other lenders who hold a  floating charge as they will see the value of their floating charge security significantly eroded and that will almost certainly impact on their willingness to lend, or continue to lend, to companies at a time when many businesses have a greater need for cash than ever before.

Potential impact on directors and their business

Many banks and other lenders may now seek to take fixed charged securities and it’s more than likely that lenders will request a personal guarantee from directors to support the lending to their companies. At a time when so many businesses are experiencing such trading difficulties, coupled with the concerns about being able to emerge from lockdown, many directors will not be prepared to provide personal guarantees and in the worst case scenario that could lead to the withdrawal of lending facilities and the eventual insolvency of their company.

You’re not alone – the importance of speaking to your accountant

Given all of this, it’s easy to see how some business owners may feel the best option is to put the company into liquidation or administration before HMRC’s preferential status comes into effect on 1 December 2020 to reduce the likelihood of lenders looking to directors personal guarantees to recover their lending to the company. If you’re one of those businesses, however, you will want to ensure that you only take such action as a last resort and after all other options have been considered. I want to reassure that there are steps you can take now to get some breathing space, a clear view of your position, and hopefully start feeling a little lighter. It all comes down to communication and planning and the earlier you act, the better.