Ian Campbell: Pensions- what does the future hold? 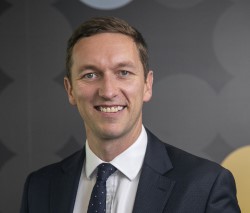 The only function of economic forecasting is to make astrology look respectable.” At AAB Wealth we agree with this view by the American economist, John Kenneth Galbraith, particularly in light of the turbulence caused by the COVID-19 pandemic and the added uncertainty of Brexit. Only a fool would attempt to predict the markets in this context. At AAB Wealth, we are not that fool.

It’s still interesting to take in all the available information, look at what’s being discussed behind the scenes and see where the trends are headed.

Here are a few ideas for anticipating possible changes to the personal pension and the state pension, that may give us an idea what the picture could look like in years to come.

First, look out for cuts in tax relief. As the Chancellor, Rishi Sunak, looks around to make cuts to meet the costs of the furlough scheme and lockdown support measures which are currently estimated at somewhere between £300 billion and £400 billion, the government is known to be eyeing up the levels of tax relief on pension contributions for high earners.

Tax relief was always designed as an incentive to save, but some critics say it was an unfair and lop-sided one, as most of the relief goes to higher rate taxpayers.

Another proposal for a wealth tax is also being mooted, which we think might be the more likely outcome.

Secondly, check where your personal pension is invested. Reports by investment researcher Tilney Bestinvest show that a record 150 investment funds in the UK have fallen short of their growth targets by 5 per cent or more for three years in a row. We can lift the lid to see where your money is invested and, if necessary, switch you into better-performing funds to turbocharge your savings growth.

Another wise move is to work out how much you’ll need. ‘Which Money’ did some number-crunching this year and proposed the minimum pension savings needed for retirement.

For a ‘comfortable’ retirement they say a couple needs £169,175 in their pension – enough to pay for essentials, run a car, and have a European holiday each year.

For a ‘luxurious’ retirement they would need £456,500 in their pension pot, which would do all the above and also allow long-haul holidays, regular restaurant dining and a new car every five years.

Another calculation is to work out if you are saving enough. If you’re aiming for the comfortable retirement model, Which estimates a couple starting saving from age 20 would need to contribute £213 per month between them. If the couple put off saving until age 40, this would rise to £384 per month.

For the luxurious retirement, a couple would need to contribute £570 per month from age 20, but if they delay until age 40 this would rise to £1,030. In saving for your pension, the motto is always, save early and often.

Finally, know what your state pension will give you. The Organisation for Economic Cooperation and Development (OECD) recently looked at the various state pensions in developed countries around the world.

They found that the UK state pension pays just 30 per cent of the net average national wage. This puts us right at the bottom of the global pile along with Ireland, Mexico and New Zealand.

Compare this to net replacement rates of 90 per cent or more in Austria, Luxembourg, Portugal and Turkey and you will understand why we in the UK have earned the unflattering title of the ‘pension misers’ of Europe.

None of us has a crystal ball or knows for certain what the future holds. At AAB Wealth we prefer to focus more on building a robust and comprehensive personal financial plan.

We believe this gives our clients the best possible protection against anything the future can throw their way, in 2021 and beyond.