Iskander Fernandez: HMRC leading over 12,000 interventions into use of coronavirus support schemes 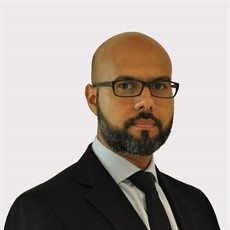 Iskander Fernandez, partner at law firm BLM, discusses HMRC’s role in leading over 12,000 interventions into the use of UK Government COVID support schemes.

Research by BLM into the various coronavirus-related fiscal support schemes revealed that at the close of Q1 2021, HM Revenue & Customs (HMRC) had carried out over 12,000 interventions relating to the Coronavirus Job Retention Scheme (CJRS), the Self-Employment Income Support Scheme (SEISS) and Eat Out to Help Out Scheme (EOHO). Ongoing interventions may well uncover the extent to which these schemes were fraudulently accessed throughout the pandemic.

HMRC provided information on the number of formal compliance interventions relating to error and fraudulent risks for each of the schemes, following a Freedom of Information (FOI) request. Compliance interventions are an investigation carried out by the HMRC, with an interest to protect or recover funds lost to the UK through fraud, tax avoidance, evasion and non-compliance. The CJRS had the highest number (7,384), SEISS followed closely (5,020) whilst EOHO (424) had the fewest.

In addition, HMRC revealed that as of 28th March 2021, five individuals had been arrested in relation to CJRS, and three in relation to EOHO. The HMRC was unable to confirm the current number of prosecutions relating to the schemes.

As investigations into potential misuse of these schemes unfold, it is expected the number of interventions will continue to rise, as further errors and fraudulent behaviours are uncovered. In its response to the FOI request, HMRC clarified its data on interventions represented cases where the primary offence related to a coronavirus scheme, but it will likely have other cases outside of these schemes where coronavirus matters, whether fraud or other infringements form a minor aspect of the case. This means the quantity of errors and fraudulent behaviour requiring intervention by HMRC may already be much higher than these early figures suggest.

As is the case with any scheme where fiscal support is provided, loopholes will emerge that can be fraudulently exploited. In hindsight, it is easy to say that more should have been done by way of due diligence on each applicant but given the scale of the pandemic and all the uncertainty the nation was gripped with, it is hardly surprising that gaps emerged. Some fraudsters will have taken full advantage of the situation to line their own pockets.

Furthermore, when taking the various other recovery schemes aimed at businesses into account, such as the Bounce Back Loans (BBL) and Coronavirus Business Interruption Loan Scheme (CBILS), it is not unreasonable to suggest that we are talking about losses in the billions through fraudulent activity. As it takes time for HMRC to build a case, it’s unlikely that we’ll see an immediate wave of arrests and prosecutions. However, it’s a case of when, rather than if, given that thousands of interventions are currently underway.

Whilst some of these interventions could well be the result of unintentional error, the Treasury’s decision to invest £100m into a specialist coronavirus fraud taskforce shows that the government is clearly keen to crack down on any misuse of these schemes. It’s still unclear as to whether this funding will be sufficient to tackle the level of suspected of fraud however, and what the make-up of the specialist task force will be. Will it be pooled from existing resources, causing an imbalance in other teams, or will there be a recruitment drive by HMRC?

Once proceedings are instigated and assuming convictions arise, the full gambit of a court’s sentencing powers will be available to deal with relevant individuals. Sentences may range from financial penalties to custodial sentences, which are very likely given the nature of the fraud. Subject to the value of the offence, a court may also be asked to recoup the proceeds of crime of these offences, which could lead to Confiscation Orders being awarded against wrongdoers.