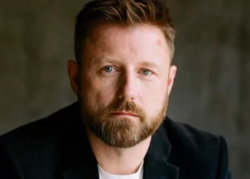 The idea that became Glint began life almost 15 years ago as I watched desperate consumers struggle to recover their funds from the collapsing Northern Rock. It was the first time that I, and no doubt many others, realised that a bank wasn’t necessarily the safest place to store your money. Of course, we were all aware that banks loan out the money we entrust to them, but hadn’t fully understood how delicately balanced this model is, nor how quickly it can all come crashing down.

Unfortunately, consumers are still punished by this same financial model, which emerged from the financial crisis relatively unscathed compared to the millions of individuals or businesses who suffered huge financial hardship or, in some cases, lost everything. The combination of rising inflation and historically low interest rates mean that the real value of our savings has actually fallen since we entrusted it to the banks five, ten or twenty years ago. The latest murmurings from the Bank of England recommending that financial institutions prepare for the introduction of negative interest rates within the next six months, will only serve further to hit savers.

In addition, increased borrowing, which recently hit the highest December levels on record, partly driven by the Covid-19 pandemic, and continued quantitative easing (QE), initially introduced to guide us through the last financial crisis but now seemingly an economic fixture, means that global government-backed currencies are continually devalued. Combined with low interest rates and rising inflation, consumer purchasing power has plummeted. Unfortunately, this impacts the have nots far more than the haves, which results in widening financial inequality.

With all this in mind, it’s no surprise that consumers are searching for an alternative. Previously, they may have been forced to grin and bear it, putting up with a financial industry which gets richer at their expense. However, over the last couple of years, thanks to technological advantages and innovative fintechs, viable alternatives to fiat currency have emerged.

Cryptocurrencies have surged in popularity (and, for some, in value) as consumers search for a store of value and a way to take control of their finances. At Glint, we share this ambition to bring an independent private money to the world that, unlike national currencies, is more reliable and does not depreciate. We’ve worked tirelessly to democratise gold and establish it as an everyday, global currency through our app and the Glint Mastercard.

Despite the benefits of cryptocurrencies, there are fundamental issues which will act as a deterrent for many; for example, its volatility. Bitcoin increased by around 260% during 2020 and saw another huge spike in its value at the start of the year. However, overnight double-digit drops in value are fairly common so investors can see a huge chunk of their portfolio collapse very quickly if they’re not religiously studying market movements. The high-risk nature of such a volatile asset is understandably off-putting for many.

Another issue is the concentrated ownership of crypto; 2% of Bitcoin “whales” own 95% of the currency, increasing the negative consequences of volatility. This is not the case with gold, or even fiat currencies. Reliability is absolutely essential for a global currency to be viable; the current model of government-backed currencies can’t be relied on for much, except to punish consumers.

Of course, one of the reasons that these alternative currencies have gained momentum is that accessibility has improved. It’s now easier than ever to purchase crypto or gold and, just as importantly, easier to spend too. But the main driver remains dissatisfaction with the banking status quo and a desire amongst consumers to maintain their purchasing power and secure their financial future.

Whilst I believe that gold is the answer to this search for value - it is, after all, the original currency and a safe haven in uncertain times - anything that promotes financial equality and improves consumer financial education is something to be celebrated. 2021 is set to be a pivotal year in the banking sector.